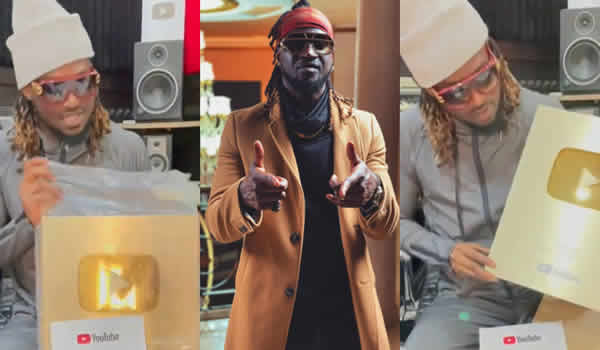 Nigerian recording artiste, Paul Okoye, also known as Rudeboy has been honored with a gold plaque by YouTube after he garnered one million subscribers on the video streaming platform.

Okoye, a former member of the now-defunct twin set up, P Square, published a video on Instagram where he appreciated the social media platform for recognizing him for his contribution to the entertainment industry.

The talented singer-songwriter and former professional dancer also acknowledged his fans for subscribing to his YouTube channel.

It is also important to note that Paul and his brother, Peter Okoye’s defunct group, P Square had garnered over 1.65 million subscribers before they decided to go their separate ways in 2017.

Meanwhile, Mark Angel’s comedy remains the Nigerian entertainment platform or channel with the most subscribers on YouTube. The comedy channel has garnered almost eight million subscribers, hence, becoming one of the highest-paid in this part of the world.