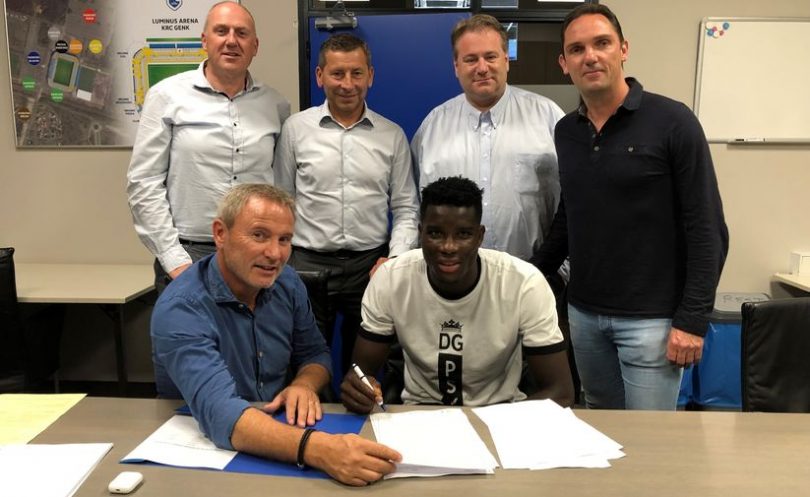 Super Eagles forward, Paul Onuachu has expressed his eagerness to win titles with his new club, Genk of Belgium, after completing a switch from Danish side Midtjylland.

The 25-year-old ended his seven years stay in Denmark by penning a four-year contract with Genk on Thursday.

Onuachu, who made 181 appearances for Midtjylland scoring 74 goals and providing 23 assists, told BBC Sports the move is a big moment for his career.

“This is a big moment for my career and I feel proud of my achievements so far,” Onuachu said.

“I have joined a big club and I hope to win trophies with Genk. I can’t wait for what the future holds here.

“I thank FC Midtjylland for everything and where I am today, a big thanks to the fans and everyone connected to the team.”

Onuachu helped Midtjylland to win the Danish league title in 2018 and Danish Cup in 2019.

The 6ft 7inches forward has featured five times for the Super Eagles since his first call up by coach Gernot Rohr.

He scored the team’s fastest ever international goal against Egypt in March, which helped the Super Eagles to their first victory over the Pharaohs in 29 years.