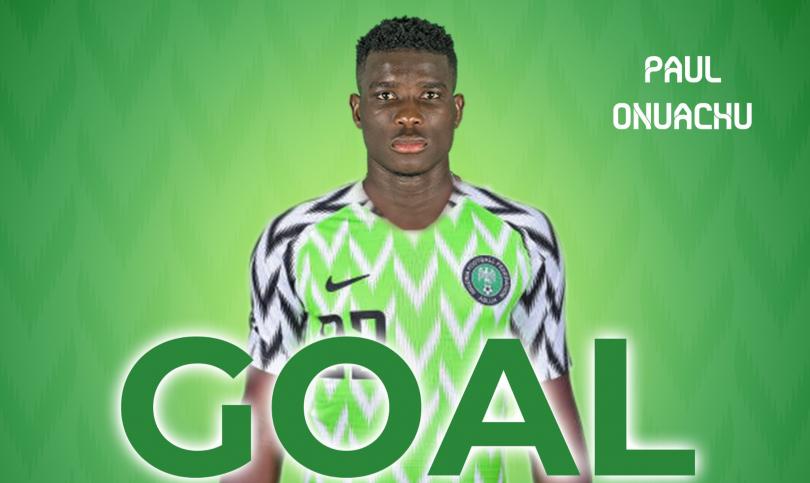 Super Eagles forward, Paul Onuachu was the decider of the international friendly game between Nigeria and Egypt in Asaba on Tuesday.

The victory for Nigeria marks as their first against the Pharaohs since 1990.

Onuachu, who only made his debut in the team during the clash against Seychelles last Friday, scored within the first minute to put the Eagles ahead.

It was a 20-yard half volley that went into the top corner after a delightful flick by the forward had beaten an Egyptian defender.

Although no other goal was scored, both sides battled each other and produced a very entertaining encounter under the floodlights of the Stephen Keshi Stadium.

Both teams have already qualified for the Africa Cup of Nations, and the game in Asaba was part of preparations ahead of the tournament.

The 2019 AFCON will be hosted by Egypt and the competition will kick off on June 21st.