Paystack launches venture in South Africa. 2 other things and a trivia | Ripples Nigeria 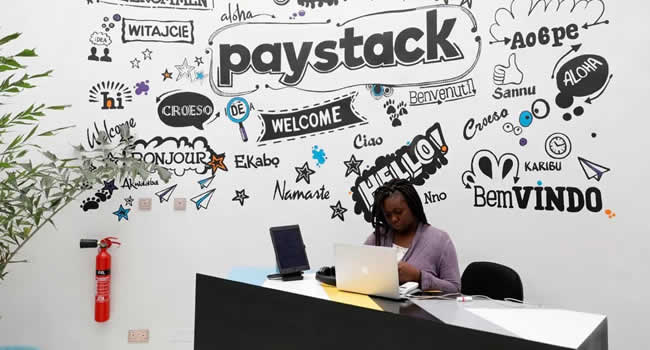 Barely 6 months after being acquired by American Fintech giant Stripe, Paystack has launched its footprint in South Africa.

The development will see the Nigerian fintech startup enter one of Africa’s largest markets, South Africa, with a 58 million population potential.

Six-year-old Paystack uses its API to help businesses process payments, with an active operations in Nigeria and Ghana.
According to Paystack, the South African expansion began with a six-month pilot phase that started a month after Stripe’s acquisition.

Towards achieving the phase, the company revealed that it worked with different businesses while growing a local team to handle on-the-ground operations.

Khadijah Abu, Paystack’s head of product expansion, noted that the pilot in South Africa was centred on removing tedious paperwork as they solve the challenge of B2B payments.

Tech Trivia: Which of the following ecommerce solutions was built by Nigerians?

Nigerian agri-tech startup, Farmula has announced launching its food solution venture as a B2B digital infrastructure that makes it possible for farmers and bulk buyers to directly interact.

In 2019, the startup was founded by Vivian Opondoh, Ahmed Madani, Jackline Kimani and Ibrahim Abdulmalik with an aim to drive up margins on both ends of the chain.

The founders, which met while taking part in the Meltwater Entrepreneurial School of Technology (MEST) training programme in Accra, designed Farmula to allow buyers post their requirements on its platform.

The business model matches buyers with affordable and quality produce while the team handle payment and the delivery of the produce within 24 hours.

Speaking to journalists, Abdulmalik said the founding team had noticed that B2B sales and distribution of food in Nigeria, and Africa as a whole, was largely inefficient.

Social and video commerce platform, Rabawa, has jointed a list of venture that secured funding in May, 2021, raising US$163,000 in funding to help it scale its operations.

Rabawa allows resellers to leverage social media for curating, promoting, and selling products from manufacturers and distributors to end-users.

The team noted that the core of the venture was to give resellers access to a virtual shop and thousands of products from trusted suppliers.

Although, the startup launched less than a year, today, over 5,000 resellers and 1,000 suppliers are currently registered on the platform.

With the new fund, the startup plans to scale even more quickly after raising funding from US-based VC firm Aptive Capital.

Speaking on the development, Olayinka Akinkunmi, the company’s chief operating officer (COO), noted that the US$163,000 in capital will be utilised to boost Rabawa in its aim of becoming a key player in Africa’s e-commerce space by utilising social and video commerce.

Related Topics:NigeriaPaystacksouth africa
Up Next