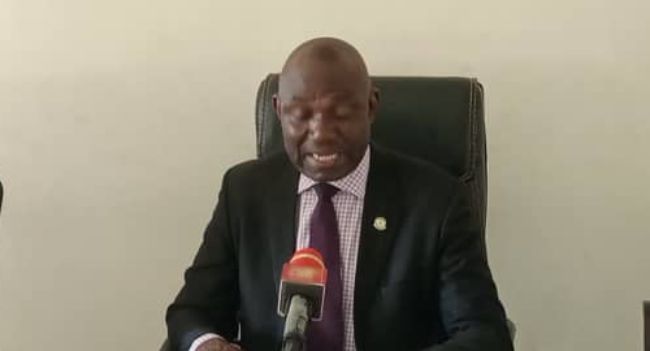 It said this was in efforts to ensure strict compliance with the regulations on operations of patent medicine stores and pharmacy operations,

The disclosure was made by the Director and Head of Enforcement Department, PCN, National Headquarters, Abuja, Pharmacist Stephen Esumobi, at a press conference held at the North-East Zonal office of the Council in Bauchi on Thursday notong that some of the outfits were also found selling substandard drugs or engaging in clinical services.

He also said that the sealed premises will remain sealed until they meet the minimum requirements before they will be unsealed.

According to him, the PCN is a Federal Government parastatal charged with the responsibility of regulating the education, training and practice of pharmacy in all its aspects and ramification as established by Pharmacists Council of Nigeria Act Cap p17, LFN, 2004 (formerly Decree 91 of 1992).

Esumobi also said that the PCN enforcement team visited some premises across some Local Government Areas in the state in 2019 and sealed off some of them who were operating without registration with the Council and the registered ones who failed to renew their certificates.

According to him, the Council took pains to sensitize Patent Medicine Vendors and other medicine dealers on the need to continue complying with regulations in the interest of public health.

He added that during the orientation and continuing education programmes, vendors were taught how to handle simple house hold (Over-the-Counter) medicines to ensure that products remain safe effective and of good quality throughout their self life.

He said: “Despite the efforts of PCN, so many premises returned to their old ways because of financial gains. While some premises took steps to operate in line with regulations, so many others have chosen to operate in breach of it” .

According to him, “Many products in these erring premises may no longer be fit for human consumption due to poor handling. The exposure of these products to adverse environmental factors like high temperature, humidity and direct sunlight could compromise their quality, safety, and efficacy”.

He further said that, “It is in the light of the above that the Council had no other option than to reseal these premises during the current national enforcement exercise” .

“Thirteen compliance directives were issued for various offences such as poor sanitary conditions, poor documentation and non-display of premises and pharmacists annual licences.”, he added.

He then warned that, “any manufacturer who sells drugs to an unauthorized dealer has committed a very big offense and would be prosecuted if found,” pointed out that the Council has been doing its best to curb the menace, however, lamented that: “when you block them this way, they find another way, it calls for a continuous enforcement and monitoring that’s what we’ll continue to do.”

Stephen Esumobi added that, “We try to encourage them to do the right thing so that our people will access drugs that are safe, effective and of good quality but for those that are recalcitrant, that premises will remain closed. There are so many instances where we have charged people to court in some states but for Bauchi state, it has not gotten to that level yet”.

“Hawkers are not licensed and we don’t license them because if we license you, your must be in a location so that anytime we come to that place, we can inspect and find out what is happening there at any given time. Again, it is an offence to train apprentices and also an offence for underaged people to sell medicines so when we get to premises and we find such, we close them down because they don’t know anything about those drugs.”

Esumobi advised the public to source for all their drug needs from registered and currently licensed pharmacies and over-the-counter medicines from registered Patent Medicine shops as drug sold in unregistered outlets cannot be guaranteed to be safe for consumption.

“The dangers of patronizing these unlicensed premises and taking substandard drugs are obvious, when somebody is sick and is being treated with substandard drugs, it will lead to treatment failure and the patient will die.

“Secondly, most of these drugs become degraded and become less potent or they are transformed to other biologically active substances many of which might be toxic to the kidneys, the liver and other vital organs. So, it is very dangerous to use drugs that are substandard,” he warned.

He expressed gratitude to the Bauchi State Ministry of Health, the Nigeria Security and Civil Defence Corps, the Nigeria Police Force, Department of State Services and the press for their continuous collaboration with the PCN.