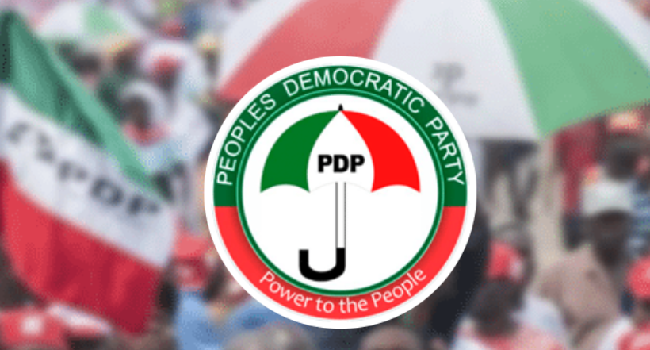 The Peoples Democratic Party (PDP) in Osun State has accused the All Progressives Congress (APC) of planning an attack on the venue of the state election petitions tribunal.

The former governor of the state, Gboyega Oyetola, is challenging the outcome of the July 16, 2022 election over alleged irregularities.

The Justice Tetsea Kume-led panel is expected to look into both parties’ final written addresses on Friday.

The APC had earlier appealed to the Nigeria Police Force (NPF) to tighten the security at the premises of the State High Court where the hearing would take place.

The statement read: “The members of the public will recall that a few months ago, two APC members were arrested with loaded guns at the entrance of the State High Court while the Tribunal proceedings were ongoing. Only the prompt intervention of vigilant members of the public saved the situation on that day.

“When the APC now raises an alarm about a planned attack, we are apprehensive. We have the feeling that the APC has a sinister plot to launch an attack on the Tribunal sitting. Aware of its very bad case at the Tribunal, the APC is scheming to create mayhem to disrupt the sitting.

“We consequently call on the Commissioner of Police to invite the acting chairman of APC and the media adviser for questioning. The duo probably have insight into the alleged plot to disrupt the Tribunal. Their testimonies will assist the Police in the maintenance of law and order.

“We also use this opportunity to reassure the public that the state government is on top of the situation. No opposition party will be allowed to turn Osun into a battleground. The sitting tomorrow will be peaceful and we are convinced that the Tribunal will eventually validate and confirm the election of Senator Ademola Adeleke as the Governor of Osun State.”

Where is Emefiele? CBN releases first meetings schedule for 2023