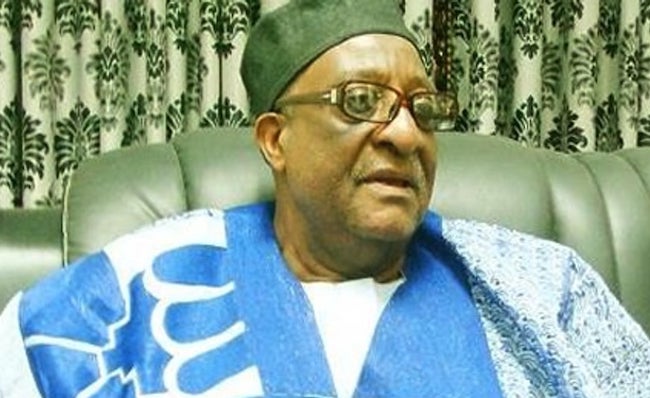 Contrary to the party’s choice, the Chairman of the Board of Trustees of the People’s Democratic Party, Walid Jibrin, has thrown his weight behind the newly announced minority leader of the House of Representatives, Ndidi Elumelu.

While PDP had nominated Chinda, speaker of the House of Representatives, Femi Gbajabiamila, announced Elumelu as minority leader.

However, the PDP BoT chairman has now endorsed Elumelu who paid him a visit at his home in the company of other lawmakers.

Jibrin assured him of the support of the Board, stating that the process which led to the emergence of the new minority leader was in order.

He said: “On behalf of over 100 members of the BoT, I want to congratulate you, we are talking with one voice, we have contested and we are together in bringing our honourable people from the House of Representatives.

“We are equally happy that the Chairman of the new team, must be happy, as a second Republic Senator, what you have done is what we did in the past and this is in order and I hope nobody will come to make any challenge.

“We are going to defend what you have done with the best of our ability that these people elected will remain in the House of Representatives.

“I want to assure you that we are in opposition but we are not on a blind opposition. We have to cooperate with others in order to make Nigeria forward

“The beauty is that this is the highest organ of this party and I assure you, we are behind you”.

Speaking on his emergence as leader he said: “We complied with the provisions of the law in arriving at selecting us and not only that sir, what is key is that out of 147 opposition members, 111 nominated us.

“You are father, our leader, we believe in you, we believe in PDP and to tell that we are loyal of PDP and we have nothing against PDP, it is just by the rules that minority parties in the House of Representatives must come together to elect those to lead them.

“On that we complied with provisions of the rules of the House.

“We promise you, we will not let even our immediate party down, we will be very, very mindful of the fact that we are in opposition and that the voice of the opposition must be heard.

“However, we will do it in line with ensuring that there is due respect for one another. What is important is for us to things that would enable this nation to move forward and ensure that there is mutual respect”.