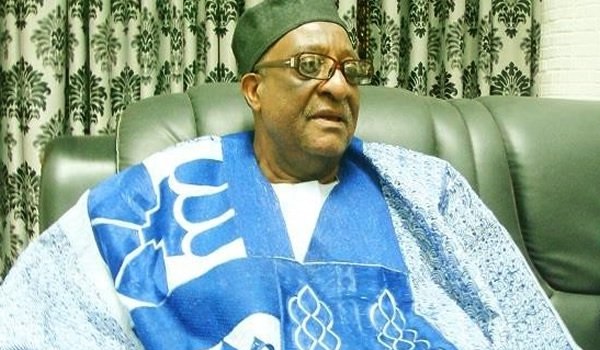 Peoples Democratic Party (PDP) Board of Trustees (BoT) has decried alleged evils the President Muhammadu Buhari-led administration has done to democracy in Nigeria.

The opposition party’s BoT members at the end of its 65th meeting on Thursday lamented that Buhari’s government has systematically eroded the gains made under the PDP administration in enhancing the credibility of the electoral process over the years.

The claim was contained in a communiqué the BoT reached at the meeting which was read out to newsmen by its chairman, Senator Walid Jibrin.

Jibrin applauded the party and its candidates in the 2019 elections Atiku Abubakar, for bracing the odds and strengthening democratic rules and culture in spite of what he termed the unprecedented level of militarisation.

He said the level of militarization witnessed during the recently concluded general elections was clearly against the letters and spirit of the judgment of the Supreme Court that said that the military had no business in the conduct of elections.

PDP BoT expressed total support of party candidates currently challenging or intending to challenge the outcome of the elections at the tribunal. They also urged members of the party to remain calm, assuring that the PDP would reclaim its alleged ‘stolen’ mandates.

“The BoT also wishes to assure Nigerians and all members of our great party, especially those whose mandates were openly stolen, that the BoT stands by them at all times in the quest to reclaim the mandates freely given to them by the good people of Nigeria.

READ ALSO: 2023: Should we begin to imagine a President Tinubu?

“The BoT notes with dismay, the systematic erosion of the gains made under the PDP administration in enhancing the credibility of the electoral process over the years, and frowns at the way all those gains are being distorted and eroded by the present administration.

“The BoT calls on all Nigerians, especially our teeming supporters, to stay calm and be law-abiding, as we believe justice will take its proper place despite the traumatisation of the judicial arm of government by the present administration,” the communiqué read in part.