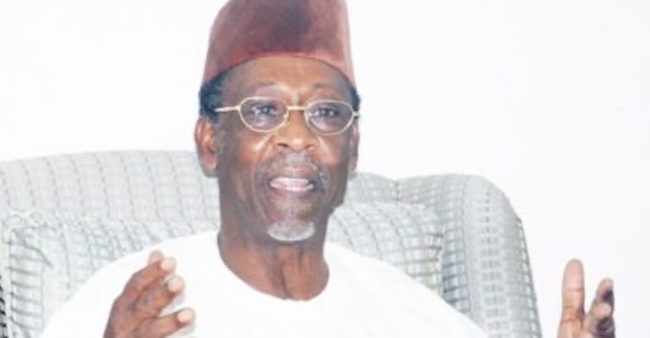 A member of the Board of Trustees of the Peoples Democratic Party (PDP), Adamu Waziri, on Thursday blamed former President Goodluck Jonathan for the disruption in the zoning arrangement.

The opposition party had on Wednesday threw his 2023 presidential ticket open to all the six geopolitical zones in the country.

Waziri, who stated this when he featured in the Channels Television programme, Politic Today, also affirmed his support for former Vice President Atiku Abubakar in the 2023 presidential race.

He argued that if Jonathan had been content with a single term as he promised before getting the PDP ticket in 2011, the zoning system would not have been disrupted.

He said: “We agreed that he will do one term. We sat together and had that agreement. But he later insisted on going for a second term. And the manipulation of the party in printing only one form then. His decision to re-contest in 2015 is heresy. We’ve not come to a point where the party can challenge the incumbent.”

Waziri, who was the Minister of Interior during Jonathan’s administration, stressed that the party was concerned about winning the election rather than compensating any region with its presidential ticket.

He added: “The fundamental thing is to capture power through democratic means. We don’t talk of trajectory. We talk about winning. We ultimately want our party’s candidate to be the President of Nigeria.”

Why South-East cannot be trusted with power – Northern groups