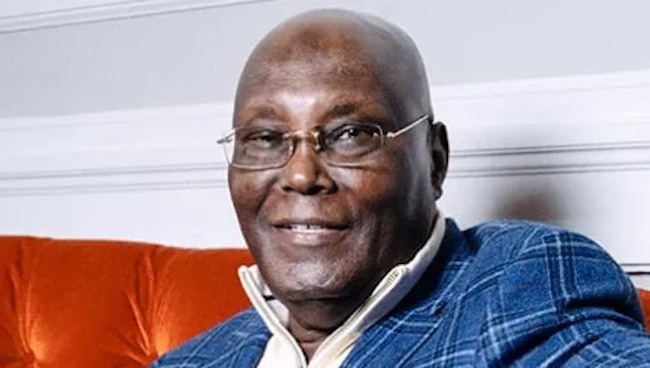 The Atiku-Okowa presidential campaign organisation has dismissed reports on the ill-health of its candidate, Atiku Abubakar, in the wake of his trip abroad.

Reports emerged on Sunday that the former Vice President was scheduled to travel abroad for a medical check-up.

In a statement issued by its spokesman, Kola Ologbondiyan, the organization wondered why the media has refused to beam its focus on a candidate that is truly sick.

The statement read: “Why can’t they focus on those who are sick? Are they not seeing a candidate who is often teleguided on what to say each time he appears before the public? They always whisper to him what to say.

“We’ve seen a candidate who receives support from both sides to be able to stand on a podium to speak. Why are they leaving a sick candidate to be spinning lies about a healthy candidate? This is shocking. If they want to write about sick candidates, they should focus on the right persons.”

However, the spokesman to the former Vice-President, Paul Ibe, in a statement on his verified Twitter handle, said his principal would be in London at the behest of the British government.

“For the avoidance of doubt, the presidential candidate of the PDP and former Vice President of Nigeria (1999-2007) will be arriving in London on Monday, January 9 for meetings on Tuesday and Wednesday on the invitation of the British government,” he said.

For the avoidance of doubt H.E @atiku, Presidential candidate of the @OfficialPDPNig and former VP of Nigeria, 1999-2007 will be arriving London on Monday, 9th of January for meetings on Tuesday and Wednesday on the invitation of the British Government.https://t.co/KmJdeAptGH https://t.co/p65ALgTkLa