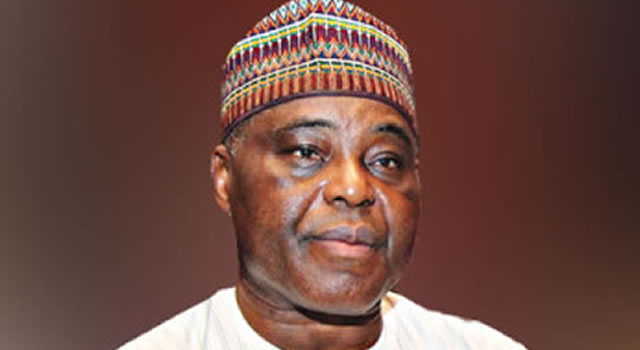 A renowned chieftain of the Peoples Democratic Party (PDP) Chief Raymond Dokpesi, has been released by the British authorities after being detained at the Heathrow Airport in London.

The founder of DAAR Communications was delayed on Sunday by Immigration after a trip from Frankfurt on a Lufthansa airlines flight that arrived in the UK.

A statement issued on Monday by the company reads, “Dokpesi arrived via Frankfurt from Abuja on a Lufthansa airlines flight and was invited off the plane, before other passengers were disembarked.

“Dokpesi was delayed at the airport for some hours before his passport was stamped and he was cleared by British Immigration officials for entry into the country.

“His visit to the United Kingdom is not unconnected to the invitation of the Peoples Democratic Party presidential candidate Atiku Abubakar by the British government to share perspectives on issues around the 2023 presidential elections.

“The media founder is the Deputy Director-General, Technical & Systems of the PDP Presidential Campaign Council”.

However, the British authorities are yet to issue a memo regarding the reason for his detention.

The Economic and Financial Crimes Commission in Nigeria had in 2015, dragged Dokpesi to court and had accused him and his company of illegally receiving funds considered as proceeds of crimes from a former National Security Adviser (NSA), Colonel Sambo Dasuki.

He pleaded not guilty to the charges and went further to file a no-case submission after the prosecution closed its case in November 2018 after calling 14 witnesses.

FastCash Offers up to N200,000 in Loans for School Fees Payment in Five Minutes