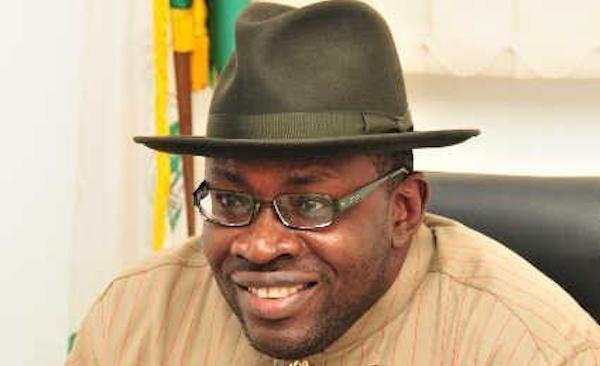 The PDP won in all the eight local government areas in the state, just as the opposition party in the state, the All Progressives Congress (APC) stayed away from the election, alleging some irregularities.

According to the Returning Officer for Kolokuma/Opokuma LGA, Frank Ebikumor, on Sunday in Yenagoa, Dengiye Ubarugu of the PDP polled 42,539 votes to defeat the candidate of ADC who polled 1,031 votes.

In Southern-Ijaw, the Returning Officer, Nwiwu Johnson, announced that Nigeria Kia of the PDP scored 107,150 to defeat the candidate of the AD who scored 2,489 votes.

In Ekeremor LGA, the Returning Officer, Victor Ayibatonye, announced that Perekeme Petula emerged winner with 62,529 votes, as other parties had no vote.

In Sagbama LGA, where Governor Seriake Dickson hails from, the Returning Officer, ThankGod Apere, announced that Alah Embeleakpo had 96,468 votes as other parties had no vote.

Ogbia LGA, Ebiye Ogoli, the Returning Officer, announced that Turner Ebinyo of the PDP scored 17,661 votes to defeat the ADC candidate who scored 1,017.

And in Yenagoa, the Returning Officer, Good-head Abraham, declared that Uroupaye Nimizuoa of the PDP scored 98,831 votes to defeat Lawrence Kwokwo of ADC who scored 636 votes.

Remember Ogbe, the BYSIEC Chairman, in his remarks after the election, said the process was peaceful in all the areas where elections were conducted.