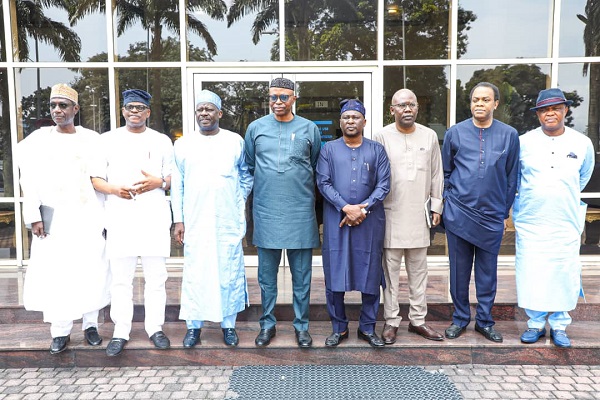 The meeting was part of efforts to reconcile the former Vice President and Wike ahead of the 2023 election.

The governor’s media aide, Kelvin Ebiri, who confirmed the development in a statement, said the Atiku’s team was led to the meeting by the Adamawa State Governor, Ahmadu Fintiri.

Also in the delegation were Hon. Adamu Waziri and the PDP governorship candidate in the 2020 election in Ondo State, Eyitayo Jegede.

The PDP was thrown into a post-presidential primary crisis following the emergence of the Delta State Governor, Ifeanyi Okowa, as vice-presidential candidate in June.

The process that led to the emergence of Delta governor as Atiku’s running mate divided the party into two groups with a faction backing Wike for the role, demanding the resignation of the party’s National Chairman, Iyorchia Ayu, over his alleged role in the crisis.

Atiku and Wike met in Abuja earlier this month and resolved to put together a committee to resolve their differences.

Fintiri, who addressed journalists after the end of the meeting, said efforts to resolve the disagreement are ongoing.

He said: “We are aware that Nigerians are anxious and waiting for the PDP to take over government in 2023.

“We have met as leaders and members of the same political family and I assure you that the effort to resolve our differences is in progress.

“At the end of the day, we will broker peace and unify the party and Nigerians.”

Mimiko, who spoke on behalf of Wike’s team, also expressed hope that the problem would be resolved soon.

Review of Oronsaye’s report to be completed soon – Buhari