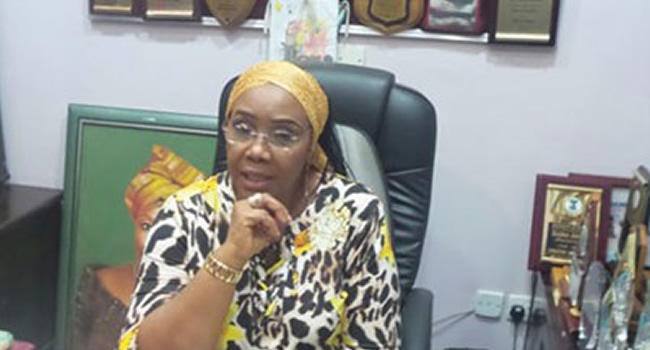 The crisis rocking the Peoples Democratic Party (PDP) seems set to consume the opposition party as a member of the party’s Board of Trustees (BOT), Senator Joy Emordi, has defected to the ruling All Progressives Congress (APC).

This is coming barely 24 hours after seven members of the National Working Committee (NWC) of the party tendered their letters of resignation.

Confirming the defection of Emordi who represented Anambra North in the National Assembly between 2005 and 2010, the Director-General, Press and Media Affairs to Buni, Malam Mamman Mohammed, said the defector “was convinced the future of a prosperous and united Nigeria lies in the APC.”

Quoting Emordi, Mohammed said she described the APC leadership as “sincerely and genuinely committed to a united Nigeria with plans for the future generation.”

“The APC-led federal government is working for the South East and this is attracting more PDP members into APC,” Emordi said, while assuring the APC leaders of her unalloyed loyalty and support.

Expressing his delight with Emordi’s decision to defect to the APC and contribute to the unity of the country, Buni said:

“There is a need for us to join hands for the political stability and national unity of our dear country.

“The South East is a strong political bloc and very crucial to the unity of the country, and this (defection) will no doubt add to national cohesion, ” Buni.

I have no hand in Secondus ordeal – Atiku