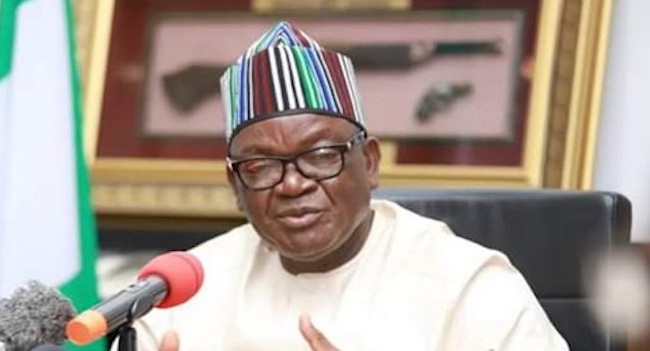 Benue State Governor, Samuel Ortom, has thrown his weight behind the G-5 governors resolve to announce its preferred presidential candidate apart from Atiku Abubakar, the flag bearer of their party, the Peoples Democratic Party (PDP), as it seems there will be no reconciliation between the aggrieved governors and the leadership of the party.

Ortom, while addressing issues facing the party at a press conference on Thursday in Makurdi, said the party and its supporters should blame the National Chairman, Dr. Iyorchia Ayu if the G-5 decides to endorse the candidate of another party after the room they gave for reconciliation fails.

“There are many ways of addressing issues even when you are not able to meet the demands of a group or individuals, you will find a way of meeting,” the Benue Governor said.

“Where people decide to be arrogant, where they decide to be mischievous, and do things as if the other person does not exist and try to do some things with impunity, as if they have won election, and they don’t need any other person, it becomes a problem.

“So, arrogance, impunity, mischief, will not really help matters. One will expect that humility, it is said that you stoop down to conquer even if you want to make it, above all, politics is a game of interests.

Ortom explained that contrary to speculations in some quarters, the G-5 governors were not at a loss as to their next move but that as loyal party men, they were leaving sufficient room for genuine reconciliation to save the party they’ve all worked so hard to build.

“As faithful party men, we have given enough time, so if we come out with a different presidential candidate, you should blame Ayu and the national leadership of PDP and not the G-5,” he said.

Related Topics:#featuredOrtomPDP crisis
Up Next

‘I won’t descend to your level and spread lies,’ Atiku replies Tinubu