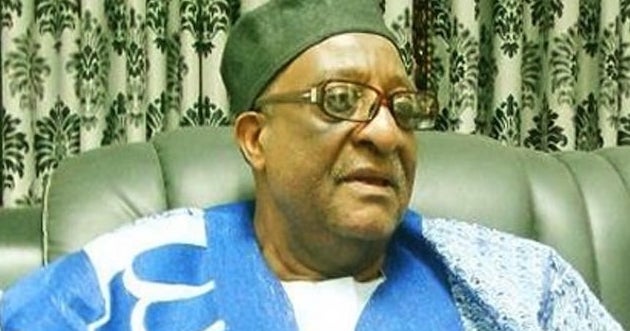 The Chairman of the Peoples Democratic Party (PDP) Board of Trustees (BoT), Senator Walid Jibrin, said on Sunday, the ongoing crisis in the party was exaggerated by Nigerians.

Jibrin stated this during a Channels Television’s programme, Sunday Politics.

The PDP was enmeshed in a post-presidential primary crisis following the emergence of the Delta State Governor, Ifeanyi Okowa, as vice-presidential candidate in June.

The process which produced Okowa divided the PDP into two groups with a faction supporting Wike for the role, demanding the resignation of the party’s National Chairman, Iyorchia Ayu, over his alleged role in the crisis plaguing the party.

However, the BoT chairman expressed optimism that the internal squabbles would be resolved amicably.

He added that the Board was still awaiting the reports of a committee set up to address grievances of the parties involved.

Jibrin said: “What is happening in the PDP can happen anywhere. It is just a mere misunderstanding which has been exaggerated. People are shouting that some parties in the crisis should be discarded. We need internal solutions, not quick ones.

“People blaming the BoT for being silent don’t understand what’s happening. We are really working hard to entrench peace in the party. Wike is a viable member of the party and Atiku is our presidential candidate. None of them should be dispensed with.

“A committee has been set up to address grievances of both sides and we are waiting for their report before we can take action. In fact, a caucus meeting that was supposed to hold was unfortunately postponed. So, we’ll do everything possible to bring members of the party together and come out stronger to face the 2023 elections.”

Related Topics:JibrinPDP crisis
Up Next