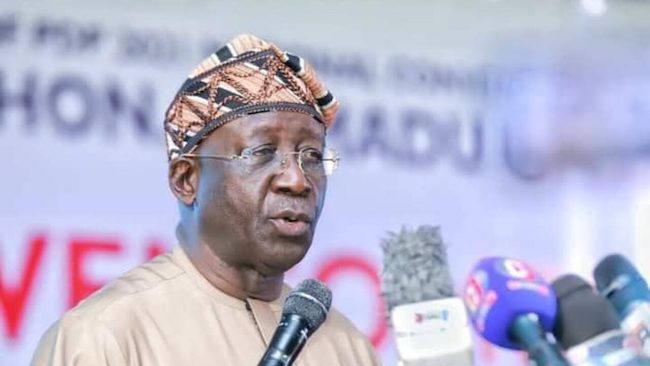 The Peoples Democratic Party (PDP) has thrown its 2023 presidential ticket to all aspirants, the PUNCH reports.

The decision to throw open the ticket for all comers was taken at the meeting of the party’s zoning committee held at the Benue State Governor’s Lodge in Asokoro, Abuja.

The committee is headed by the Benue State Governor, Samuel Ortom.

A source told the newspaper that the committee threw open the ticket “due to exigency of time.”

The newspaper also sighted a document confirming the development.

The PDP had kept until now Nigerians waiting on its plan for the 2023 presidential election.

Reports emerged about two weeks ago that the party had jettisoned the zoning arrangement and would throw the ticket open for interested politicians to try their luck at the presidential primaries slated for May.

At least nine individuals had so far declared their intention to vie for the PDP presidential ticket next month.

Others are the former Secretary to the Government of the Federation, Anyim Pius Anyim, the ex-Anambra State governor, Peter Obi and his Ekiti State counterpart, Ayodele Fayose.

“1. Zoning, as in our party constitution, is affirmed.

“2. Inspite of (1) above, (the) Ticket is thrown Open, this time around due to exigency of time.

“3. Our Party is encouraged to always make the issue of zoning very clear at least 6 months before sales of forms.

“4. Our Party should commend the efforts of some of our contestants on the issue of consensus candidacy; the efforts should be seen to a peaceful and logical conclusion.”

Related Topics:#featured2023PDPPresidential ticket
Up Next