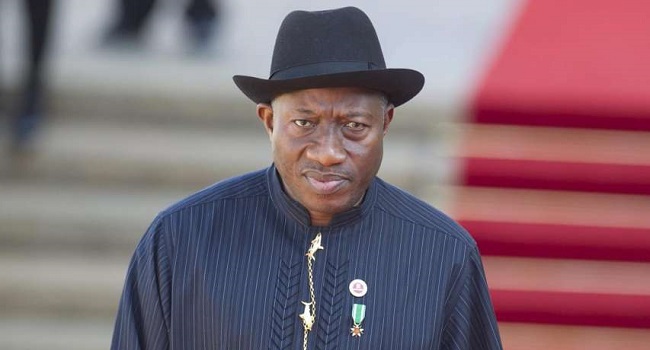 The dust raised by the victory of the All Progressives Congress (APC) at the governorship election in Bayelsa State is yet to settle, as the Elders Forum of the Peoples Democratic Party (PDP) has called on the national leadership of the party to punish former President Goodluck Jonathan for his role in the defeat of the party.

The PDP has had a firm grip on the state since the return of democracy to the country in 1999, but was displaced by the APC in the November 16, 2019 election.

According to the Elders Forum, Jonathan teamed up with the APC against the PDP, on whose platform he became the Bayelsa State Deputy Governor, Nigeria’s Vice-President and President during his political career.

The forum in a statement on Sunday by its Chairman, Chief Benson Odoko, said that Jonathan used the Bayelsa poll to negotiate with President Muhammadu Buhari not to prosecute him for alleged corruption.

“The former President, who visited President Muhammadu Buhari at the Presidential Villa in Abuja for an undisclosed mission just before the election, kept his distance from the PDP and its members throughout the period of the campaigns leading to the election.

“The forum was shocked when Jonathan and his wife donated the Aridolf Hotel to the APC as the operational contact point for visiting dignitaries of the party and as the venue for the party’s controversial primaries.

“These actions of Jonathan clearly portray him as a betrayer of the PDP which gave him the platform to occupy the highest positions in the country, Bayelsa State, and millions of the PDP members just to protect his selfish interest.

“The argument that Jonathan worked against the PDP because his preferred candidate, Chief Timi Alaibe, lost in the primaries was a pathetic perfidy meant to cover up the real reasons for this betrayal against Bayelsans and Nigerians”, the statement reads in part.

Odoko called in the national leadership of the PDP to invoke disciplinary action against Jonathan.

Police arrest 70 for stealing, possession of hemp in Anambra