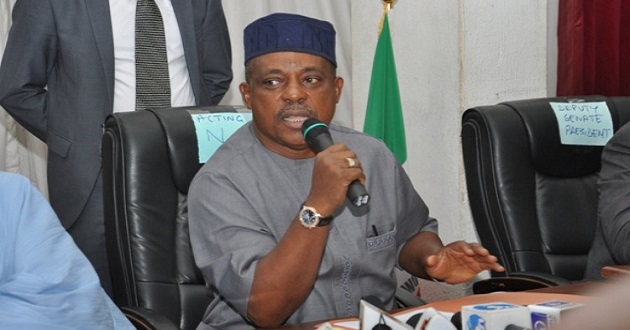 Governors elected on the platform of The Peoples Democratic Party (PDP) have chosen Port Harcourt, the Rivers State capital as venue for the party’s National Convention to pick the Presidential candidate of the party for the 2019 general elections.

The governors also kicked against suggestions for a consensus presidential candidate, elected to have all the party’s 12 aspirants go to the primary in the spirit of equity and fairness.

This was disclosed to journalists late Tuesday by a source who was part of the PDP Governors’ Forum meeting held on Monday.

The position of the governors is at variance with that of the PDP Board of Trustees, BoT, which called for a consensus presidential candidate.

The BoT had after its meeting at the weekend said it was raising a committee to work with the party leadership and the aspirants to see how it can prune down the number of presidential aspirants in the party and have a consensus arrangement.

Read also: Politically, Atiku is my junior, I can’t step down for him –Lamido

It would also be recalled that the governors had in their communique on Monday resolved to have a meeting with all the PDP Presidential aspirants, with the National Chairman, two national officers of the party, as well as leaders of the party in both chambers of the National Assembly in attendance.

The source said: “The governors disagreed with the issue of consensus. They said that all the aspirants should go for the primaries to avoid unforeseen development. They want a contest among the aspirant so that the best can emerge.”

According to the source, Enugu, Akwa Ibom and Rivers states were suggested as possible venues for the national convention but the first two were dismissed due to what he called accommodation logistics.