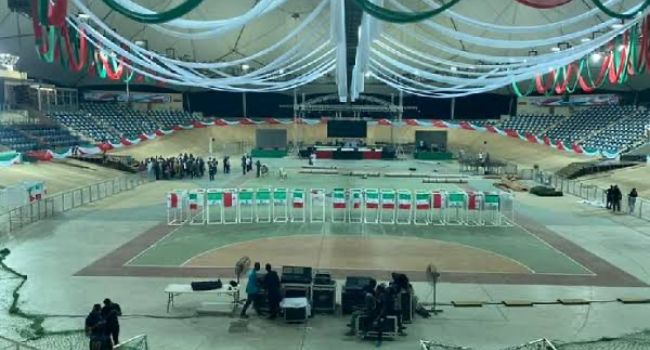 Despite the six-day grace granted by the Independent National Electoral Commission (INEC) to political parties for the conduct of primaries, the Peoples Democratic Party (PDP) will today hold its primaries in order to pick its presidential flag bearer for the 2023 elections.

The party recently attracted anger from many Nigerians with the exit of Peter Obi, who cited “recent developments” within the party as his rationale for leaving. He was considered by many as a frontline aspirant for the party’s presidential ticket, especially given he is from the South-East, and the agitations for the presidency to be zoned to that region.

Obi has since pitched his tent with the Labour Party.

This exit might be construed as a blessing to the other 17 aspirants who paid N40 million each to participate in the primary.

However, two of the aspirants – Cosmas Ndukwe, a former lawmaker, and Nwachukwu Anakwenze, a US-based medical doctor – were disqualified by the screening committee headed by a former Senate President, David Mark.

The 14 other cleared aspirants have since been meeting party delegates, governors and party leaders across the country.

Read also: I was impeached as Anambra governor because of my integrity – Peter Obi

They are Tariela Oliver, the only female among them; Governors Nyesom Wike of Rivers State, Aminu Tambuwal of Sokoto, Bala Mohammed of Bauchi, and Udom Emmanuel of Akwa Ibom; as well as former Vice President Atiku Abubakar and investment banker Mohammed Hayatu-Deen.

Bukola Saraki and Pius Anyim, both former Senate presidents; Ayo Fayose, a former governor of Ekiti State; and Dele Momodu, a publisher, are among the others. Sam Ohabunwa, a pharmacist, is also competing, as are Charles Ugwu and Chikwendu Kalu.

The candidates hail from Nigeria’s six geopolitical zones, underscoring the party’s determination to abandon zoning and hold an open primary.

Debo Ologunagba, the party’s National Publicity Secretary, said the decision was based on recommendations from a committee led by Benue State Governor Samuel Ortom. The party formed the committee to provide advice on the matter.

Political observers have speculated that the strong contenders amongst the 14 are: Atiku Abubakar, Aminu Tambuwal, Bukola Saraki and Nyesom Wike.

Considering the nature of Nigeria’s politics, an alliance amongst the less-fancied should not be ruled out as the country looks forward to another administration post-Buhari.