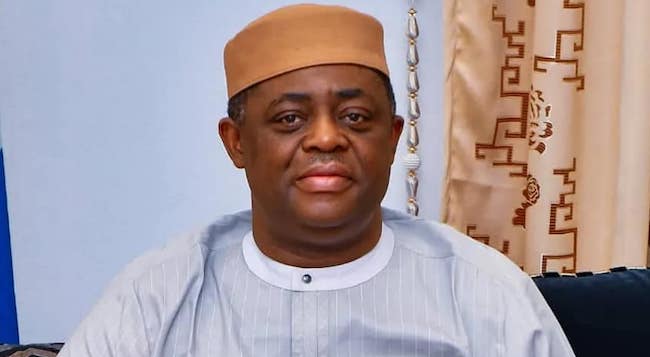 Former Aviation Minister, Femi Fani-Kayode, has again berated the Peoples Democratic Party (PDP) over what he described as its insistence on keeping the presidency in the northern region of the country.

The APC chieftain said this in an article titled ‘Ifeanyi Okowa, PDP and the Muslim/Muslim ticket’ on Friday.

Fani-Kayode also slammed the opposition for rubbishing the efforts of southern governors in the party, stressing the party humiliated the southern region of the country by picking Atiku Abubakar as its presidential candidate.

The opposition party has been eaten up by crisis emanating from the refusal of the National Chairman, Iyorchia Ayu, to step down in honour of fairness and equity.

Southern members of the party, including Nyeson Wike, had asked the chairman to resign since the presidential candidate, Atiku Abubakar, was from the northern region of the country.

Speaking on the development, Fani-Kayode said keeping the presidency in one region for long portends serious danger for the unity and peace of the country.

“The Northern leaders in the PDP, and the majority of their Northern governors, reneged on an earlier agreement with their Southern counterparts led by Governor Nyesom Wike, breached the rules of zoning in their own party constitution, rubbished the efforts of the majority of Southern governors in their party and insisted on not only keeping the Presidency in the North but also the position of the party’s National Chairman as well”, he said.

Read also:OBIdients are purposeless, will crack up after 2023 —Fani-Kayode

“This is not only unprecedented but it is also unjust. It is pure wickedness. It is a massive an unwarranted humiliation and slap in the face of every Southerner in their party and that is what Wike, Governor Makinde, Governor Ugwuanyi, Governor Ortom, Governor Ikpeazu and their supporters are struggling against.

“The obvious permutation that yet another Northern presidential candidate must be presented, given our nation’s history and circumstances, is dangerous for the unity of our country and grievous to the fortunes of their party, is totally lost on people like Ayu and that is the concern that more reasonable men like Okowa should have.

“The message the PDP has sent to the entire country by its choice of a Northern presidential flagbearer is that as far as the party is concerned, Southerners are nothing but worthless slaves who are there just to make up the numbers and help to win an election. They are there just to be used and dumped.”

NASS REPUBLIC: Sustained debate on Muslim-Muslim ticket. Two other stories, and a quote to remember