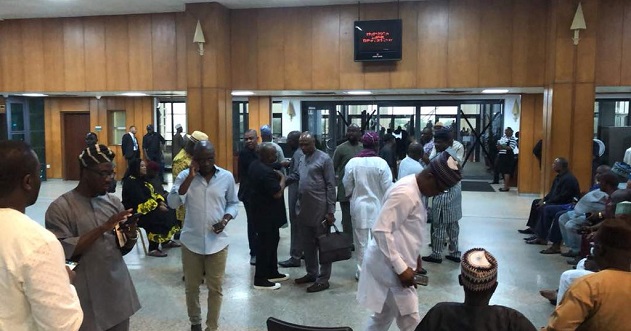 An aide to House of Representatives member, Mustafa Saidu from Adamawa State, Kabir Muhammed Lawal, was reportedly caught on video breaking into and burgling the office of another legislator.

Lawan was said to have been captured by CCTV breaking into the office of Kabiru Idris, a lawmaker from Kano State, Punch reports.

Lawal, who hails from Offa, Kwara State, is an aide to Saidu a member of the Peoples Democratic Party (PDP) while Idris is a member of the All Progressives Congress (APC).

Lawan was said to have also been parading himself as a journalist, and extorting money from unsuspecting politicians and visitors from Federal Government Ministries, Departments and Agencies.