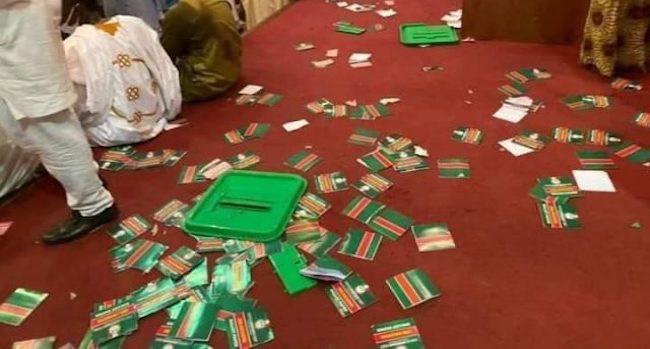 The Peoples Democratic Party (PDP) congress in the North-West ended in chaos as persons suspected to be supporters of candidates seeking election into various positions in the zone clashed on Saturday.

The exercise was underway when crisis broke out with thugs who stormed the venue of the congress at the International Trade Fair, Kaduna, destroying items including ballot boxes while members scampered for safety.

The development brought the voting process to an abrupt halt.

However, the PDP has not issued an official statement on the matter.

Related Topics:#featuredPDPPDP North-West congress
Up Next