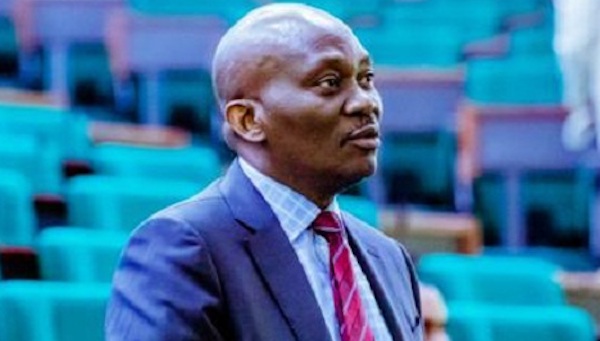 The National Working Committee (NWC) of the Peoples Democratic Party (PDP) on Tuesday met with the Minority House Leader of House of Representatives, Ndudi Elumelu, in a bid to end the feud between the party and its caucus in the lower legislative chamber.

The NWC had last week lifted the suspension of Elumelu and six other lawmakers for anti-party activities.

The lawmakers were suspended over their roles in the emergence of Femi Gbajabiamila as Speaker of the House of Representatives in 2019.

The meeting held at the PDP National Secretariat in Abuja was attended by the party’s National Chairman, Prince Uche Secondus, and other members of the NWC.

Secondus handed over the affairs of the party in the lower chamber to Elumelu and charged him and other lawmakers elected on the party’s platform to speak for Nigerians on the floor of the House.

The PDP chief said: “The essence of this meeting is to reiterate the lifting of the suspension. Nigeria is in dire straits now and the needs a viable opposition in the House of Representatives.

“You must therefore speak with one voice on all issues. The economy is collapsing and there are a lot of security challenges facing the country. This is the time Nigerians need you the most and we must rise up to defend their interest.”

Elumelu, who thanked the PDP leadership for lifting the suspension, promised to ensure a reinvigorated opposition in the House of Representatives.

“The PDP is one indivisible party and we are now speaking with one voice and the lifting of this suspension has re-energized us for the task ahead,” he said.

Related Topics:#featuredElumeluPDPPDP NWC
Up Next