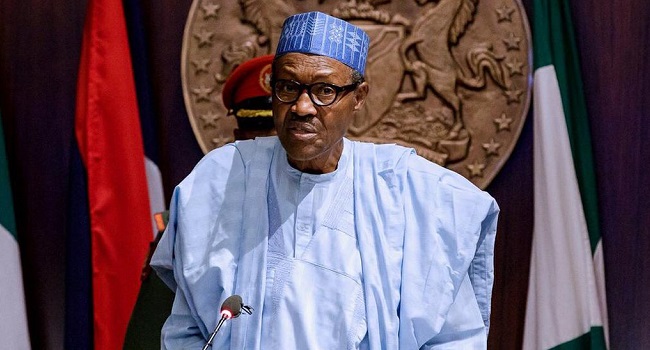 The Peoples Democratic Party (PDP) has advised President Muhammadu Buhari to use his new year message to provide answers to salient questions around his integrity rather than make fake promises to Nigerians.

A statement on Sunday by the National Publicity Secretary of the party, Kola Ologbondiyan, said President Buhari had been known for making empty promises.

He said, “The message will be a rehash of fake promises which had been foisted on Nigerians since December 2015.”

He said, if the President must give a new year speech, he should explain his role in the sum of N1.032tn reportedly spent on the acquisition of Etisalat Nigeria and Keystone Bank Plc by members of his family.

He said, “However, in case Mr. President considers the New Year message, a ritual which he must fulfil, he should use the occasion to provide answers to the allegations that he soiled his hands in the alleged corrupt acquisition of Etisalat Nigeria and Keystone Bank Plc by members of his family under the official cover of his presidency.

“No New Year message would be more apt than Mr. President explaining how his family members came about the sum of N1.032tn for this scandalous acquisition.

“Moreover, instead of harping on his discredited war against corruption, President Buhari should use his New Year message to explain the whereabouts of the over N11tn that disappeared from government coffers under his watch, including the N9tn detailed in the leaked memo at the Nigeria National Petroleum Cooperation, which his administration has refused to account for.

“President Buhari must not continue to play the saint when his administration has skeletons in its cupboard. He must provide answers to Nigerians.”

He also said the President’s new year message would be widely acceptable if he provides answer to the questions asked and avoid his usual blame game and fake promises peculiar to the APC government.