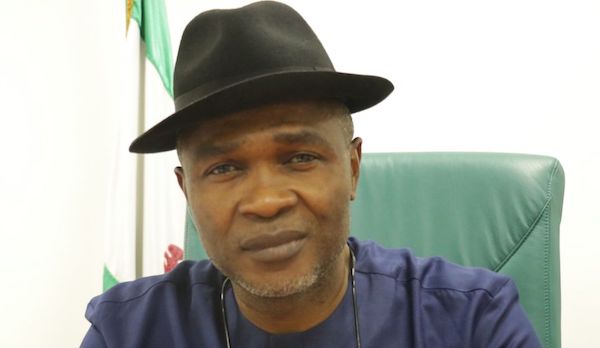 The Peoples Democratic Party (PDP) caucus in the House of Representatives on Monday threatened to take legal action against the Federal Government and some of its top officials for allegedly undermining the National Assembly on the Special Public Works Scheme.

The federal government plans to recruit 774,000 unemployed Nigerians in the 774 local government areas of the country under the Special Public Works Scheme.

In the statement issued by its Leader, Mr. Kingsley Chinda, the caucus dissociated itself from the programme.

It also urged its members to ignore the letters written to senators and House members by state coordinators of the National Directorate of Employment (NDE) on behalf of the Minister of State for Labour, Employment and Productivity, Festus Keyamo.

The lawmakers accused Keyamo and the NDE management of disregarding the National Assembly under President Muhammadu Buhari’s watch.

The statement read: “The PDP caucus of the House, as members of the National Assembly, does not exonerate itself from responsibility in the approval of funds for implementation of the misguided Special Public Works Programme and unreservedly apologise to Nigerians for the planned misapplication of their scarce resources.”

“The caucus has resolved to employ legislative and lawful processes including the institution of legal action where necessary to address any encroachment on the performance of our statutory functions and fundamental human rights.

“The blatant and brazen disregard of a co-equal arm of government and elected representatives of the Nigerian people by the Minister of State, who was grandstanding before the Nigerian people and the tacit approval of his actions by the president in authorising his continued implementation of this skewed programme, regardless of definite pronouncements by the National Assembly and apparent violations of legislation in this regard, confirms the Buhari administration’s aversion to the rule of law, constitutional provisions and institutions, and disinterest in the wellbeing of the Nigerian people.”