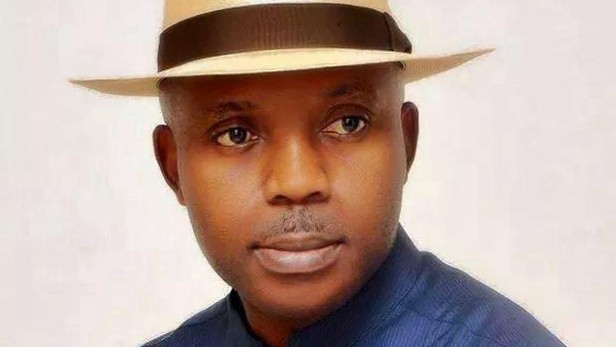 He is also accused of having used two different names to contest for different elective positions.
The lawmaker who has been representing Bomadi/Patani federal constituency in the house since 1999 was alleged to have presented forged secondary school and university degree certificates for elections at various times.

He was also accused of using two different names- Solo Ogoh and Mutu Nicholas Ebomo, to contest elections in 1999 and 2003.

It was learnt that the allegation leveled against the PDP lawmaker was also before the Delta State Election Petitions Tribunal in suit EPT/DT/HR/08/2019 filed by Eselemo with Ebomo, the PDP and Independent National Electoral Commission (INEC) as respondents.

It was gathered that based on the petition, the commission had written the West African Examinations Council (WAEC) to authenticate the certificates presented to INEC by Ebomo for elections.

Meanwhile, a source in ICPC on Saturday, also hinted that the commission had also written to the Federal Ministry of Education to confirm the certificate from St. Clement University, Caicos Island, British West India, claimed by the lawmaker who had just been re-elected for another term in the lower chamber.

“We are expecting the ministry to furnish the detail of their findings to us in order to establish the veracity of the allegations against the lawmaker,” the official hinted.

In his petition to ICPC which was dated May 31, Eselemo, claimed that Ebomo had no valid primary, secondary and university certificates, adding that the name he bore while in the House between 1999-2003 was different from the name by which he was known when he was re-elected into the National Assembly in 2003.

A profile of the house members within the period of 1999-2003, attached to the petition, showed the lawmaker’s name as Ogoh Solo representing Bomadi/Patani Federal constituency while the list of Rep members (2003-2007) presented his name as Mutu Ebomo representing the same constituency.

The petitioner also attached copies of the alleged fake certificates submitted by Ebomo to INEC, including a school certificate purportedly obtained at the Rivers State School of Basic Studies, Port Harcourt in 1986.

The petition read, “Mutu Ebomo in 1999-2003 at the House of Representatives was with the roll call name of Solo Ogoh and he had no primary, secondary certificates and university degree.

The petition further claimed that Ebomo’s affidavit of age declaration was not deposed to by his father, noting that one Chief Agbede Mutu, a retired Customary Court President in Delta State, who posed as his father, was actually his elder brother.

It said, “It is our submission that the age declaration affidavit paraded by Ebomo was not deposed to by his father as claimed, but it was declared by his elder brother who was once the Customary Court President of Ezebri/Ogodobri in Delta State. Attached are a copy of the affidavit and the certified true copy of a judgment signed by the brother and marked annexure H and I respectively.”

Attempts to reach the ICPC spokesperson Rasheedat Okoduwa, for comments on the case proved abortive as at the time of this report.