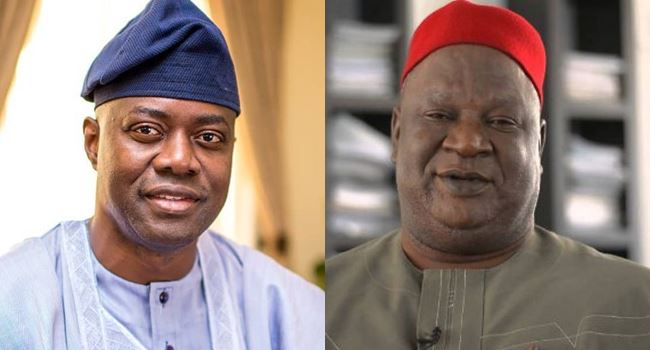 The crisis rocking the Peoples Democratic Party (PDP) is not going away anytime soon as the party’s National Zoning Committee meeting which held in Enugu last week, ended in a deadlock as members could not agree on how to zone party offices across different regions in the country.

The Zoning Committee headed by Enugu State Governor, Ifeanyi Ugwuanyi, was mandated to come up with a modality to distribute party offices but the meeting could not yield any result as the committee members were divided over the proposal by leaders of the party in the North who proposed an adoption of the 2017 formula.

The 2017 formula is a long held format which zones the party chairmanship to the South, inevitably leaving the presidential ticket to the North.

According to a top official of the party who confided in Ripples Nigeria on the condition of anonymity on Monday, while southern leaders at the meeting clamoured for a change that would see the chairmanship position going to the north with the presidency zoned to the south, members from the north insisted on the status quo being maintained.

“The Zoning Committer Meeting of the party could not come to a compromise or a conclusion and had to be rescheduled for Wednesday, September 29, to allow for more deliberations.

“There were two opposing groups at the meeting, the ‘Maintain the Status Quo Group’ promoted by Oyo State Governor, Seyi Makinde, and the ‘Move Around Group’ championed by former President of the Senate Anyim Pius Anyim, who all battled to carry the day,” the PDP official said.

He added that though the Makinde-led group insisted that the chairmanship slot of the party should be zoned to the South, the Anyim group wanted it pushed to the North to pave the way for the presidential ticket going to the south.

“Former Senate President Iyorcha Ayu, who was also at the Enugu meeting, warned that any decision on zoning may not be binding, unless the positions of the governors are known.

“The need for consensus on zoning is important because decisions to be taken at this week’s meetings will be taken to the National Executive Committee (NEC) the last to be held between October 31 Convention.

“If it is not resolved and we go for convention in this manner, the convention will be a convention of crisis.

“If we don’t agree as stakeholders, the date set for the convention may not be certain,” he added.

According to him, the southern PDP governors, with the exception of Makinde, are not likely to shift ground on the resolution of the Southern Governors that the South should produce the next president come 2023 and that could cause more rancour within the party.

“There is a major difficulty. The North wants to contest for president, but key leaders in the South, particularly the governors, insist that by 2023, the North would have done eight years in Aso Villa.

“The PDP leaders in the South are saying that after eight years, how do we give our future to the North since the next president, if he also comes from the North, will spend eight years?” He said.