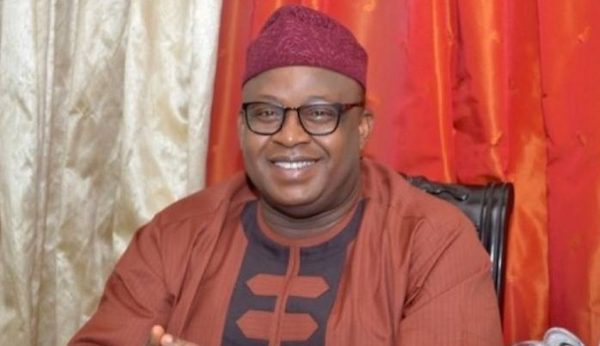 The Peoples Democratic Party (PDP), on Tuesday, asked the Federal High Court, Abuja, to join it as a respondent in a suit filed by aggrieved 14 members of the Edo State House of Assembly.

In a motion filed by its lawyer, Barbara Omosun, the PDP told Justice Ahmed Mohammed that as a registered political party, it was empowered by the constitution to produce candidates to vie for the seats declared vacant by the Speaker of the House, Frank Okiye.

The Assembly had in December last year declared the seats of 14 elected members of the House vacant.

The House voided the election of 12 members after they refused to present themselves for inauguration into the Assembly, while two others were punished for failing to meet the mandatory sitting requirements to continue as members.

The Deputy Speaker of the House, Yekini Idiaye, who presided over the plenary session that day, said the resolution was reached at the House sitting held on December 4.

The 14 lawmakers in Edo had on December 12, 2019, approached the court and sought an order of interim injunction restraining the Independent National Electoral Commission (INEC) from conducting by-elections into the seats.

The speaker and INEC were listed as respondents in the case.

PDP had in its submission told the court that the Assembly was duly proclaimed on June 17, 2019 after Godwin Obaseki sent the proclamation letter to that effect.

The party claimed it became aware of the suit recently, adding that its rights and interest might be adversely affected by the court’s decision.

However, counsel to the 14 lawmakers, Adewale Adegboyega, told the court that the matter was adjourned for the defendants to show cause why the interim order should not be issued against INEC.

Adegboyega, who said that INEC filed a motion on January 10 to indicate that it was indifferent to his clients’ application, added that the speaker filed his affidavit on February 25.

READ ALSO: SHEHU SANI TO EL-RUFAI: Be ready to fight daily if you refuse to negotiate with bandits

He said: “Considering the allegations in the affidavit filed by 1st defendant, we filed a further affidavit on March 3 (today).

“Subject to Your Lordship directive, we are ready for the 1st defendant in particular to show cause.”

The counsel to the speaker, Ken Mozia (SAN), said he had complied with the court order by filing an affidavit showing cause why the interim order should not be made.

“We served the plaintiffs with the affidavit on Feb. 25. However, they served a voluminous further affidavit on me this morning in response to our application,” he said.

The judge adjourned the hearing of the motions till April 21.

Food for thought for the children of Oòduà