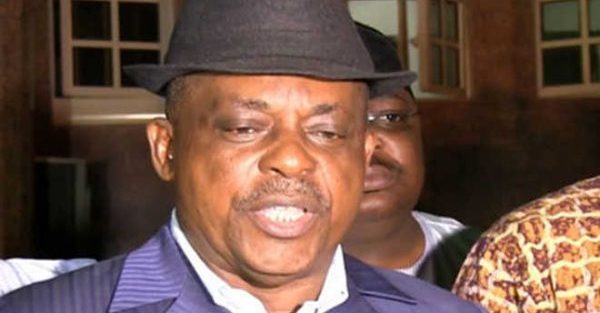 The Peoples Democratic Party (PDP) has reacted to the reports of admission by Presiding Officers of the Independent National Electoral Commission (INEC) in Borno and Yobe states that they transmitted the result of the elections to the server of the commission.

PDP says their testimony is a vindication of the stand of the party and its candidate, Atiku Abubakar that the polls were rigged in favour of President Muhammadu Buhari.

About 13 presiding officers reportedly told the Presidential Election Petitions Tribunal sitting in Abuja that they transmitted results of the February 23 presidential election to INEC’s server, adding that the commission, had during their training, instructed them on how to electronically transmit the results to its server.

In its reaction, the party further asserted that more confessions are imminent, noting that the wheel of justice will turn the tide in favour of the former Vice President.

In a chat with Vanguard correspondent, Deputy National Publicity Secretary of the party, Diran Odeyemi said Nigerians voted overwhelmingly for Atiku at the polls even as he accused INEC of manipulating the results in faviur of the President Buhari.

He said: “Nigerians should wait for more exposure of how INEC won the election for Buhari. Unfortunately for them, Atiku and indeed PDP were more than prepared for the election.

“While we were campaigning moving from one state to the other, APC and INEC were planning how to rig the election knowing full well that Nigerians had rejected them.

“Evidence that APC were going to lose were reflected in the empty crowd at their campaign venues. In anticipation of the fact that they were going to rig, PDP did the needful of policing the election thoroughly and the result of our diligent monitoring are what we will produce as evidences at the Tribunal. Our hope is in the judiciary and we believe that Atiku Abubakar’s mandate will be restored very soon.”