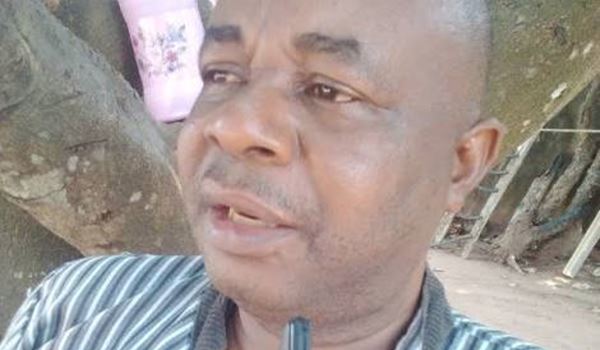 A stalwart of the Peoples Democratic Party (PDP) in Abia State Alhaji Suleiman Ukandu has declared that Speaker of the Federal House of Representatives, Rt. Hon. Femi Gbajabiamila, and Hon. Tony Elumelu are both contracted by the All Progressive Congress (APC) to spark crisis in the camp of the main opposition.

According to the Muslim community leader and legal expert, Gbajabiamila’s decision to appoint Tony Elumelu, as the Minority leader of the present 9th Assembly is pure hypocrisy.

He said; “That is pure hypocrisy on the side of the Speaker, Femi Gbajabiamila. The speaker himself inherited that particular aspect of party supremacy. His party, the APC, said Gbajabiamila should be their candidate for the speakership of the ninth Federal House of Representatives. And all his party members adhered to that. Why should the speaker again, try to truncate the supremacy of another party?

“I think Gbajabiamila is trying to set crisis in the PDP. He want to disorganize members of the PDP, who are in the federal House of Representatives in order to deny them a voice, in order to make sure that it did not in anyway witness resistance from the already-planned policies, which he(speaker) and his draconian APC, have on desk. I think he supposedly did that.

“And i believe that if Honorable Ndudi Elumelu, is a true party man, he wouldn’t have accepted such unnecessary carrots that dangled to him. He should understand, there is already a preplanned agenda by the APC, as regards the Federal House of Representatives. They had a plan to destabilize the PDP. They have a plan to control the house to their whims and caprices”.