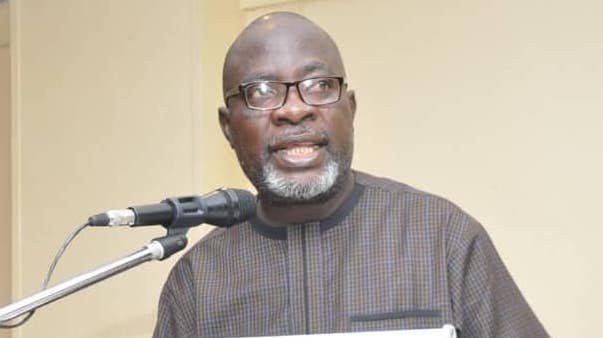 The Peoples Democratic Party (PDP) has mocked President Muhammadu Buhari for making more promises to Nigerians despite not being able to fulfill the ones he made in 2015.

Buhari, after emerging as president in 2015 had promised Nigerians he would address the issue of insecurity, economy and corruption in the country.

Those issues are still major problems facing the country more than five years after Buhari made the promise.

On Tuesday again, Buhari, while receiving Letters of Credence from ambassadors/high commissioners of eight countries at the State House, listed nine things, he assured that his government must actualise by 2023 when his tenure will end.

Responding to the latest promise by Buhari, the PDP in a statement by its national publicity secretary, Kola Ologbondiyan, on Wednesday berated Buhari and his handlers.

The party said that the fresh promise Buhari reeled out to members of the international community, were intended to cover the ‘failures’ of his administration.

The party described as tragic that President Buhari, “who can no longer face Nigerians due to his unfulfilled promises, now seeks a face-saving measure of presenting yet a fresh list of vacuous agenda to foreign envoys who are already aware of the failures of his government.”

The statement read in detail, “It is embarrassing that after five years in office, President Buhari is still in campaign mood, reeling out empty promises, at a time other world leaders are showcasing their achievements; a development that further confirms that his administration has nothing to show in the last five years.

“The world need not be reminded that Mr. President and his party, the All Progressives Congress (APC), packaged a litany of false promises with which they swayed Nigerians in 2015, only to renege on assumption of office.

“President Buhari and the APC had promised to pay N5,000 monthly allowance to indigent Nigerians, provide massive employment, free houses, monthly allowances to discharged Corps Members, reduction in price of fuel, revamping of our refineries, bringing the US dollar to the same value as the naira and other bogus promises which have today, become streams of mirage.

“On assumption of office, President Buhari reduced the litany of promises to three cardinal undertaking of ending insurgency and insecurity, fighting corruption by having and improving on the economy.

“It is no longer news that President Buhari has failed in all these three undertakings to Nigerians.

“Five years under Buhari, insecurity has worsened in our country with bandits, insurgents and kidnappers running over towns and communities in various states including President Buhari’s home state of Kastina, while Mr. President, who promised to lead from the front is receding in the safety and comfort of the Aso Presidential Villa.

“Instead of any improvement, the Buhari administration had only wrecked our economy and turned our once prosperous nation into the poverty capital of the world with so much hardship hunger and starvation, escalated unemployment, high cost of food, reduced life expectancy, high morbidity rate and collapsed infrastructure to the extent that Nigerians now resort to suicide and slavery abroad as options.”

The PDP went further to say that “contrary to its promise, the Buhari administration has increased the price of fuel from N87 in 2015 to the current N148 per liter; the naira now exchange as high as N500 to a dollar against N160 margin in 2015; our refineries have still not received attention.”

It added, “Under President Buhari, no sector of our national life has witnessed any improvement. Imposition of suppressive tariffs and taxes, including an increased Value Added Tax (VAT) from 5% to 7.5%; huge foreign borrowings that are siphoned by APC leaders and other anti-people policies have become the order of the day.

“Furthermore, under President Buhari, corruption has worsened as even detailed in the reports by various reputable international organizations such as the Transparency International (TI) with government providing cover for corrupt officials and their agents.

“The stench of corruption oozing out from the various investigations in the National Assembly and the indicting of the head of the nation’s anti-corruption agency under Buhari expose the decadence in the Buhari administration.

“It is therefore scandalous that the Buhari Presidency could attempt to grandstand before foreign envoys and pull out another merry-go-round box of fake promises when Nigerians already know that it has no intentions of fulfilling such, nearly two years into Mr. President’s second and final term of four years.”