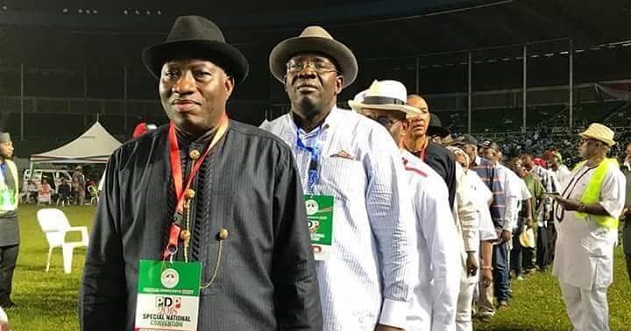 There is early jubilation among supporters of a few presidential aspirants as the sorting of ballot papers is still ongoing at the presidential primaries of the Peoples Democratic Party (PDP) in Port Harcourt, Rivers State.

The contest which is to produce a candidate that will take on President Muhammadu Buhari of the All Progressives Congress (APC) In the 2019 elections is considered as a factor that may break or make the opposition party.

Already, the 13 aspirants taking part In the primary have promised to support whoever emerges the winner amongst them.

Pundits say how far they go out throw pact will go along way in determining how well the party would be able to challenge the ruling APC for the presidential seat.

The primary kicked off around mid-day on Saturday with delegates from various states being accredited, and voting went on all through the night to Sunday morning.

There were reports that aspirants doled our cash incentives, in hard currencies, to influence delegates to vote for them, but non of such reports could be confirmed.

Delta State, Dr Ifeanyi Okowa is Chairman of the National Convention Committee, while Speaker of the House of Representatives Speaker, Yakubu Dogara is the chairman, accreditation sub-committee, in which 4,000 delegates cast their votes.

Speaking at the event, National Chairman of the PDP, Uche Secondus, said the convention is a step towards the party’s march to regaining power.

He faulted the corruption fight under the APC administration corruption, adding, that graft has become monumental in the country under APC.

According to him, Nigeria has never been divided as it is today, and that the economy has been stagnated under the present administration.