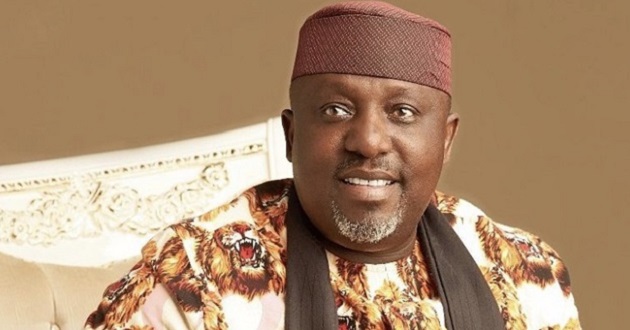 The senatorial candidate of the Peoples Democratic Party (PDP) in Imo West Jones Onyereri has accused the winner of the senatorial district and governor of Imo State, Rochas Okorocha, of hijacking his mandate.

Onyereri lost the February 23 National Assembly election to the governor.

Onyereri who is a serving member of the House of Representatives said this while reacting to a statement by the governor that he (Onyereri) was ‘too small’ to contest and win an election against him.

Read also: I knew it was impossible to beat Buhari- Obiano

He described the governor’s claim as a ‘watery’ attempt to cause “distraction from the burning issue of his massive rigging during last Saturday’s poll in Imo-West Senatorial District.”

In a statement released on Sunday, he said, “I challenge the governor to a free-and-fair election in Imo-West where independent election monitoring observers will keep the records.’

He added that he would reclaim what he called his ‘stolen mandate’ from the governor though the tribunal.