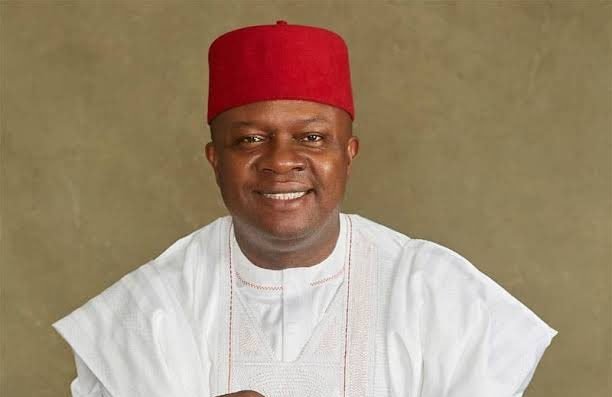 The governorship candidate of the Peoples Democratic Party (PDP) in the just concluded governorship election in Anambra State, Valentine Ozigbo, has congratulated his counterpart in the All Progressives Grand Alliance (APGA), Prof. Charles Chukwuma Soludo, who was declared the winner of the election.

In a statement on Wednesday, Ozigbo congratulated other contestants in the election, saying they had shown a determination to see that Anambra was better, adding, that he would hold the governor elect, Soludo accountable.

According to him, he decided to go into active partisan politics two years ago with three objectives in mind.

He said, “First, to use Anambra to set an example of excellence in governance. The second was to unify Anambra and Ala Igbo around a shared vision of greatness. The third was to inspire more professionals to go into politics. I believe that attainment of these would go a long way in changing the story of black men and women in this world for the better.

“Pulled by the vision of a better and brighter Anambra, we set out on the quest for governorship, resolute on taking revolutionary steps to address the decay and decline in security, infrastructure, education, healthcare, the environment, and all other social systems meant to serve the people.

“As laid out in our Ka Anambra Chawapu Manifesto, we planned to transform Anambra into the most competitive sub-national economy in Nigeria by opening up public, social, and commercial spaces leveraging on the strength of our youth and women. Ultimately, to make Anambra the pride of Nigeria.

“Given where we started and where we are today, we consider ourselves winners. Our Ka Anambra Chawapu message has permeated the consciousness of Ndi Anambra, and the nation at large. It is the strongest message that has come out of Anambra 2021, and it continues to beat in the hearts of Ndi Igbo.

“On unifying Ala Igbo, I believe that every Igbo person now understands that they have a voice in me because I will forever speak in the interest of the Igbo Nation and the rest of the marginalised and forgotten in Nigeria.”

Furthermore, he said, “We documented our grand vision for a brighter and better Anambra and presented it to our people with the energy to implement it. Though we may not have the opportunity in the immediate to get it started, we will be holding the government in power accountable to ensure that the welfare of the people is foremost in their actions at all times.”

Meanwhile, he said the election was fraught with a lot of shortcomings on the part of various government institutions.

He accused the security agencies of failing to provide a peaceful environment for campaigns to hold and being absent from many polling centres on election day, leading to elections not holding, or holding in situations that allowed for chaos and fraud.

Also, he accused the Independent National Electoral Commission (INEC) of presenting untrained and poorly trained staff, who could not operate the voting machines in many places, for the election.

“They failed woefully in providing logistical support for their staff and so elections started very late in many places and did not hold in many others. The use of government funds and resources to corrupt, coerce and intimidate voters, PDP party agents, and electoral officials was a major factor in determining the outcome of this election.

“All of these led to the disenfranchisement of the greater percentage of voters and staining the course of democracy. I will be dedicating time to champion the positive change we need to ensure that future elections are truly free and fair and that the will of the electorate prevails.

“Denominational politics was also a factor. We need to do a lot more to ensure that competence is never sacrificed on this altar and that democracy is practised in line with its truest tenets.

“In all, I am more determined to work for a better future for our children by remaining in active politics and rebuilding our party to be more united and more robust for those who come after us. Ka Anambra Chawapu,” he added.