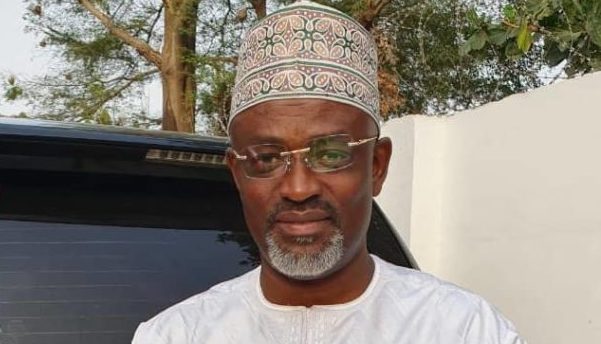 The Deputy National Coordinator of Buhari Campaign Organisation in the North, Hussaini Coomasie, has apologised to Nigerian youths for asking President Muhammadu Buhari to treat the #EndSARS protesters with an iron fist.

Coomasie had said in a viral video on Saturday he was not in support of the president’s approach to the ongoing #EndSARS protests in the country.

He added that the protesters wouldn’t have dared to demonstrate under former President Olusegun Obasanjo’s administration as they were doing today.

Coomasie, who is a United Nations peace ambassador, also described the protesters as miscreants and urged President Buhari to send the military after them.

Following the backlash that trailed the controversial remarks, the All Progressives Congress (APC) chieftain released another video on Monday and apologised for insulting the protesters.

READ ALSO: I blame Buhari for handling EndSARS protesters lightly, he should use iron fist on them —Coomassie

Coomasie endorsed the campaigns against police brutality, saying he only bared his mind on the matter and didn’t mean to offend anyone.

He said: “Good evening teeming Nigerian youths out there on the streets day and night campaigning for the end of SARS or police brutality. As a Nigerian, like any other Nigerian, I have a right to air my view.

“It may suit some people and it may hurt some people but in whichever way you take it, I am deeply sorry for the utterances I made in that video. Please accept my sincere apology. I endorse you fully and wholeheartedly.”

Footballer beaten to death by teammates after blunder led to goal