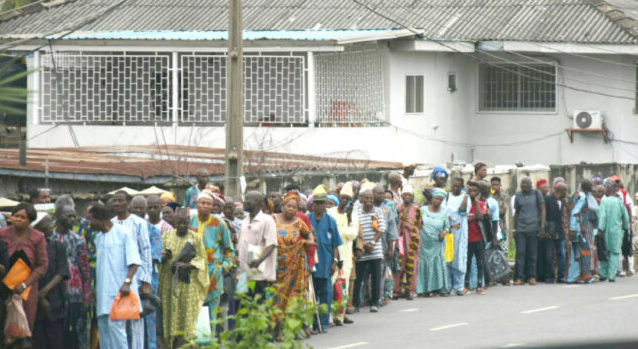 The National Pension Commission has blamed lack of funds for its inability to pay retired civil servants under it’s Contributory Pension Scheme (CPS) their pension.

This was revealed by the Director-General, National Pension Commission, Aisha Umar, in her opening remarks during an oversight visit of the Senate Committee on Establishment and Public Services to the commission in Abuja.

According to her, the affected civil servants retired between March 2020 and March 2021.

“This challenge, which started in 2014, was essentially triggered by the appropriation of insufficient amounts for payment of accrued pension rights of FGN retirees and further aggravated by late or non-release of full appropriated amounts,” she explained.

She also blamed the Federal Government’s non-compliance with the new minimum statutory rate of pension contribution of 18 per cent since 2014, and also non-payment of approved 15 per cent and 33 per cent pension increases to pensioners under the CPS for the delay.

Other reasons noted include non-payment of shortfall for payment of full retirement benefits of retired heads of service and permanent secretaries; and non-payment of FGN pension protection levy.

“These have created a sad and negative impression on the full realisation of the objectives of the CPS in Nigeria,” she said.

The DG also requested the visiting legislators look into the persistent complaints against certain sections of the Pension Reform Act 2014, which need amendments.

“This is normal with every new system and the experience of the CPS in Nigeria is bound to be the same. Consequently, the commission had obtained inputs from critical stakeholders and cataloged their proposed amendments of provisions of the PRA 2014.

“However, as was done in the first review exercise that birthed the present Act, it is imperative to subject the proposed amendments to extensive experts’ and stakeholders’ engagements prior to presentation to the Federal Executive Council and then National Assembly for further legislative action,” Umar added.