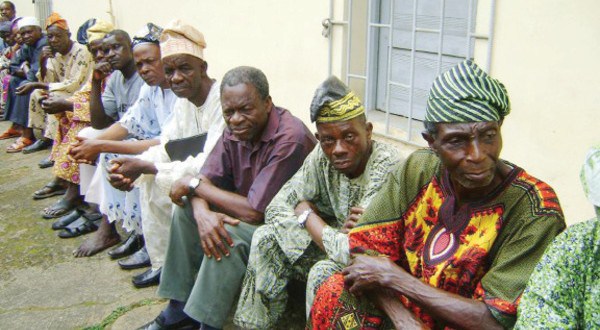 Pensioners in the country have kicked against the decision of the Federal Government to remove a total of 23,089 pensioners’ names from the pension payroll effective August, 2020.

Pensioners, under the aegis of the Nigerian Union of Pensioners (NUP), in a letter to the Executive Secretary of the Pension Transitional Arrangement Directorate (PTAD), argued that it was “glaringly impossible” for a whole 23,089 pensioners on the list to have died.

The NUP, in the letter signed by its General Secretary, Elder Actor Zal, called on PTAD to thread a path of caution, adding that they are of the belief that not all the entire 23,089 on the list are dead, sick or did not attend the verification exercise earlier conducted by PTAD.

PTAD had in an earlier letter written to the President of the union informed the NUP of the Federal Government’s decision to yank off the names of the 23,089 pensioners from the payroll.

PTAD said it took the decision following the “review and analysis” of the field verification exercise it carried out for pensioners between April and November 2019; as well a follow-up exercise held at the PTAD headquarters in Abuja and Lagos Liaison Office until the lockdown.

However, the NUP, in it’s own letter dated August 11, 2020, said it was shocked at the staggering figure of 23,089 pensioners about to be yanked off the payroll for various reasons, and warned PTAD to check its facts and records very well in order to avoid the outrage that may follow if done haphazardly.

It also demanded that PTAD should among other measures to be taken before such decision is implemented, publish all the names in at least three national newspapers to create necessary awareness at home and abroad for the pensioners involved.

The letter made available to journalists read: “We would like to appreciate the painstaking efforts of PTAD in carrying out the last parastatals pensioners verification through the length and breadth of the country. The thoroughness and professionalism of your staff needed to be applauded and commended as well.

“However, the union was shocked at the staggering figure of 23,089 pensioners about to be yanked off the payroll for various reasons.

“While we will not support continued payment of monthly pension to those pensioners who did not undergo verification, we are however of the firm belief that not all the entire twenty-three thousand and eighty-nine (23,089) pensioners on the attached list are dead, sick or even did not attend the aforesaid verification. It is glaringly impossible.

“Therefore, we want to seriously appeal that you painstakingly cross-check your facts and records very well and be double sure of the names involved before removing them finally from the payroll.

“Secondly, we appeal to PTAD to among other measures endeavour to publish these names in at least three national newspapers to create the necessary awareness both at home and abroad for all pensioners involved.

“Experience over the years has shown to us that it is always easier to remove names from payroll than to restore it. Remember, pensioners monthly payment is a matter of life and death for the pensioners as many of them do not have any other means of income to survive. Moreso, they are aged, vulnerable and endangered species exposed to numerous health challenges.

“Therefore, it is better to do it thoroughly and achieve the desired result and avoid the outrage that may follow if done haphazardly. A stitch in time saves nine.”