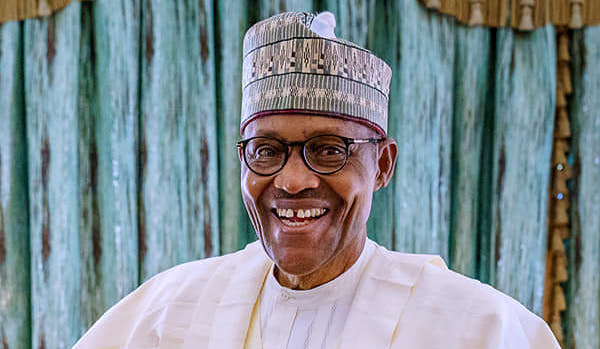 The group stated that rather than condemn the judgment, the PDP and its candidate in that election, former Vice President Atiku Abubakar need to be grateful for not being prosecuted.

Echoing what Information Minister, Lai Mohammed had said, the group repeated that “PDP and its candidate should be thanking their stars that they are not being prosecuted for coming to court with fraudulently-obtained evidence” which the tribunal easily dismissed,” it added.

According to the Buhari Media Organisation (BMO), the PEPT was quite clear on the qualification of President Muhammadu Buhari to contest for the position, as well as the outcome of the election as announced by the Independent National Electoral Commission (INEC)

BMO spoke in a statement signed by its Chairman Niyi Akinsiju and Secretary Cassidy Madueke.

The group added that PDP should go ahead with its plan to proceed to the Supreme Court, rather than continue to encourage its minions to cast aspersions on the Tribunal.

“As expected, PDP has opted to reject the verdict of the five-member panel, but what is baffling is the manner the party is seeking to discredit it by describing it as a ‘barefaced subversion of justice.’

“Even after the painstaking manner that the Tribunal showed that the President was eminently qualified for the job, this party is still claiming that he was not qualified to contest the 2019 election.

“If PDP leaders are still holding on to the jaded claim that Buhari does not have the requisite qualifications, then they were either not paying attention to the points raised by Justice Mohammed Garba who read the lead judgement, or they are just out to continue to malign members of the panel.

“Because the courtroom was thrown open to the media, many Nigerians across the country had the rare privilege of hearing how the verdict was rendered in an unambiguous way, but as usual, opposition elements are twisting it to suit their fancy.

“Or how else would a reasonable party deliberately misquote the Tribunal as saying that ‘one need not provide a copy or certified true copy of educational certificate’, when indeed it held that the fact that President Buhari did not attach his certificate to the form CF001 and the affidavit he submitted to INEC, did not imply that he did not possess the documents as claimed by the petitioners.

“Everyone who listened to the judgement, probably aside from the PDP, must have heard how the presiding judge then explained that ‘there is evidence before the court that the 2nd respondent (Buhari) went for military training after his secondary school education’.

“The judge also added that ‘the 2nd respondent has more than secondary school certificate having attended further courses while in the Army before concluding that President Buhari was not only qualified but also eminently qualified,” the group said.

BMO also had strong words for PDP elements pushing online memes and jokes about affidavits on the basis of what they claimed the panel said.

“There was nowhere in the judgement that the panel said a person seeking elective positions does not need to tender educational certificates.

“What is clear from the verdict rendered by Justice Garba is that although there is no constitutional requirement for candidates to attach certificates to INEC form, they still have to swear to an affidavit detailing personal information, including academic qualifications and professional attainment.

“We wonder how people who claim to be defenders of the justice system would be making a mockery of an aspect of the system by encouraging others to swear a false affidavit of their qualification.

“For the avoidance of doubt, President Buhari did not only complete his secondary education before joining the Nigerian Army, but his overall educational background is also on a far higher level than that of PDP’s former Presidential candidate Atiku Abubakar.

“It is baffling that people questioning the President’s credentials are backing an individual whose Secondary School Certificate was too poor to earn him a place in a Police College, while the man they love to hate not only entered the Army but also underwent officer cadet training at Mons Officer Cadet School in Aldershot in England after completing preliminary training at the Nigerian Military Training College (NMTC).

“We also know that President Buhari was also at the Defence Service Staff College Wellington, India between 1973 and 1974 as well as US Army War College, Carlisle in 1980.

Melaye carried into court, claims he was injured in PDP primaries

“It is no longer news that President Buhari eventually had a distinguished army career that saw him attaining the rank of Major General and later Nigeria’s military Head of State”.

“This is the best path of honour, even if the party itself cannot take a cue from one of its key leaders Governor Nyesom Wike of Rivers state who was quick to break ranks and congratulate the President.

“But instead, they have chosen to subject the country to more insults with their poorly framed reaction to a judgement that some of Nigeria’s best lawyers have hailed.

“And just like the Information Minister Lai Mohammed has said, ’PDP and its candidate should be thanking their stars that they are not being prosecuted for coming to court with fraudulently-obtained evidence’ which the tribunal easily dismissed,” it added.