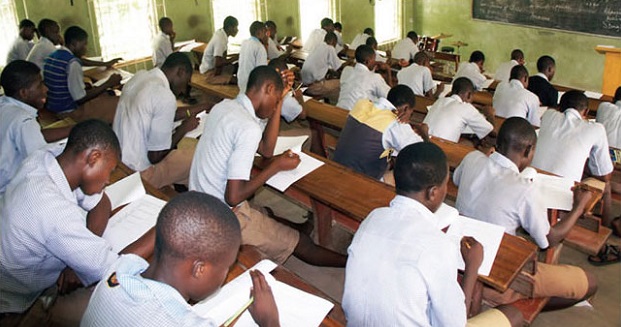 The body said that only 49.98 per cent of the candidates who wrote its 2018 school certificate examination obtained credit passes and above in a minimum of five subjects.

Adenipekun gave this information at a news conference to announce the 2018 West African Senior School Certificate Examination (WASSCE) in Lagos.

According to him, the performance of candidates for its examinations in the last three years is fluctuating in view of the outcome of the just released 2018 examination.

The HNO, who gave a breakdown of the statistics of performance of candidates in the examination, said that a total of 1,578,846 registered for the examination in Nigeria.

Adenipekun said a total of 786,016 candidates, representing 49.98 per cent who sat for the examination, obtained credits and above in a minimum of five subjects including English Language and Mathematics.

He said the performance, when compared to what was obtained in the same examination in 2016 and 2017, showed a decline.

“If we should compare the performance of candidates for this year’s examination under this category with that of 2016, which was 52.97 and in 2017; 59.22, we are safe to say it is fluctuating, just as it is declining.

“These statistics are clear for you to see and make your judgment,” he said

Adenipekun added that of the total number of candidates, who wrote the examination, 1,470,338 of them had their results fully processed and released.

He noted that a total of 102,058 other candidates had a few of their subjects still being processed, due to errors traceable to the candidates in the course of registration or while writing the examination.

The HNO assured that such errors were being corrected by the council to enable the affected candidates get their results fully processed and released subsequently.

He also said that a total of 1,213,244 candidates obtained credits and above in a minimum of any five subjects, with or without English Language and or Mathematics.

The WAEC official added that 858,424 other candidates obtained credits and above in a minimum of five subjects, including English Language but without Mathematics.

Further, Adenipekun acknowledged that there were cases of malpractice but it was minimal.

“For cases that are established as in other previous examinations, the council is already looking at them,” he said.

He added that this year’s examination witnessed the participation of a total of 1,328 candidates with varying degrees of special needs.

He added that 83 of them were physically challenged.

The HNO said that the candidates, who have fulfilled their financial obligations to the council were free to check the details if their performance on the council’s result website.