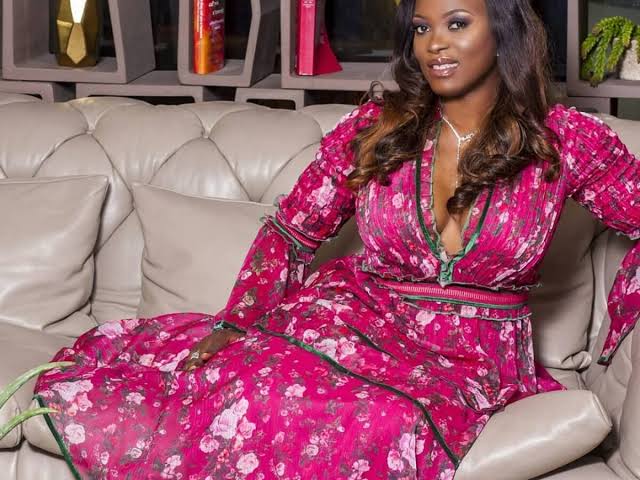 Pero Adeniyi, one of the baby mamas of Nigerian recording artiste, Innocent ‘2Face’ Idibia in a recent interview monitored by Ripples Nigeria has denounced allegations that the music icon spent time with her in the United States.

Adeniyi’s claim is coming after she announced on her Instagram stories that she was prepared to speak her ‘truth’.

It would be recalled that Annie Idibia, the wife of the Nigerian music icon took to her Instagram page a couple of weeks ago to allege that 2Face Idibia is still having an affair with his baby mama, a revelation that quickly instigated pandemonium between the Nollywood actress and some members of the Idibia family.

Speaking in a recent interview with Stella Dimoko korkus (SDK)Pero Adeniyi revealed that she did not spend time with 2Face, instead, the singer only went to the United States to visit his three children.

Pero had this to say;

”I heard he came to America in August but we didn’t see. It’s not every time he comes to America that we see. His brother lives there, so its possible that he may have gone there to stay with him.”

Speaking further, Pero revealed that she is currently in a relationship and she does not intend to ruin Annie and 2Face’s matrimonial home.

“I had not even spoken to him for about four months before i was woken up with calls to go and see I am trending online because Annie mentioned that he had run off to stay with me in America.

We don’t really talk and we are not friends. It is because of this same reason that I have stayed away from him.

“My boyfriend was even with me the last time i heard 2face was supposed to be with me and i was quite shocked and wondered if there are two Peros.

When that story broke, I got so many calls that woke me up that i had to make calls to find out what was wrong.”

In the concluding part of the interview, Pero also addressed the viral video where a female cousin of the music icon identified as Lucy Ogah and another lady called her 2Face’s ‘first wife’ and ‘the queen in 2Face’s life’.

She stated that both women know 2Face is married to Annie Idibia, hence, the eulogy from the women should be disregarded.