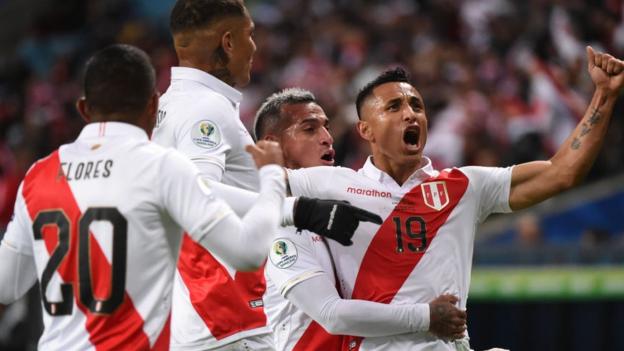 Peru have made it to the final of the Copa America after beating Chile 3-0 in their semifinal clash, thereby setting up a clash with hosts Brazil.

Defending champions Chile had been winners in the last two editions, but the victory for Peru saw them to their first final since 1975.

Peru meet hosts Brazil in the final on Sunday. Brazil defeated Argentina 2-0 in the other semifinal clash.

Peru and Brazil had battled in the group stages, with the hosts winning 5-0.