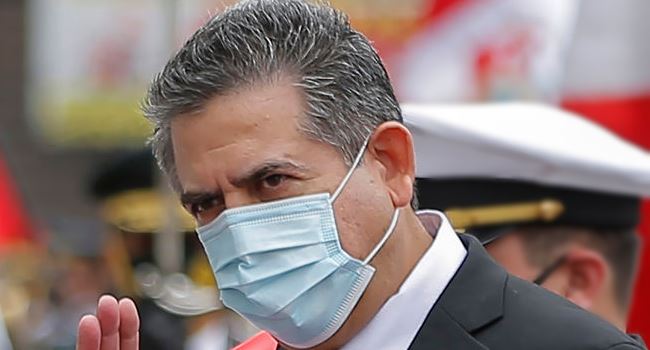 Manuel Merino, Peru’s interim president has resigned from his role after a deadly night of demonstrations with protesters calling for his removal and a subsequent police crackdown which left at least two people dead and a dozen others wounded in the process.

In a televised speech on Sunday, Merino, the former head of Congress who had led the push to impeach Vizcarra, asked his cabinet to stay on to help in the transition.

“I want to let the whole country know that I’m resigning,” Merino said in address. He added that the move was “irrevocable” and called for “peace and unity”.

“Merino has resigned because his hands are stained with blood, with the blood of our children,” said Clarisa Gomez, one of those who turned out to celebrate Merino’s departure, while adding that the legislators who put him in power should also pay.

According to reports, people poured into the streets to celebrate Merino’s departure on Sunday, waving flags, chanting and banging pots, although the news plunges Peru deeper into uncertainty and legal disarray as legislators now wrestle over who will take his place.

Buhari is competent, has integrity but being betrayed —Ndume