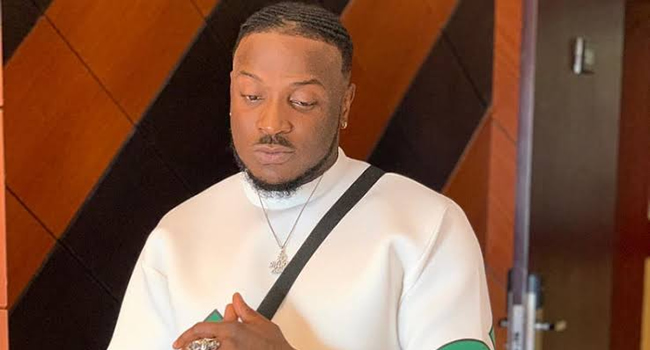 Peruzzi has recounted how he lost N400,000 Davido sent him for a ticket to Dubai to an Uber driver he used to collect the money.

In a recent session with Chude Jideonwo on #WithChude, the DMW singer-songwriter also spoke about his new release and narrated how he became acquainted with the Afrobeats artiste, Davido.

The music star during the session recounts how Davido who secured him a passport and visa to Dubai within 24 hours changed his life forever.

He also used the platform to narrate how he lost the money Davido sent to him for his trip abroad to a taxi driver.

According to him, Davido had requested for him to come to Dubai as it was the first time they were going to meet.

He recounted how Davido requested for an account so money could be transferred for him to make the necessary arrangements for his trip to Dubai, then he made a mistake.

“So he just to me that I should come to Dubai.

“Because when he called me I was in the room doing nothing. He asked ‘do you have a passport?’

“I said I don’t have a passport and he said okay that he would call somebody,” he said.

“Then I got the passport the next day.

“Then he said ‘send your account for ticket’ Me very useless guy at that time I didn’t have any account, I was using different accounts. The account number I copied was the Uber guy that carried me. Omo Uber guy switched off his phone after collecting 400k.”

He recounted how he eventually told Davido what happened and how he sent the ticket money the second time.

Even though everything happened rapidly for Peruzzi, that was the commencement of his road to stardom.

Peruzzi has since gone on to become one of the biggest music stars in Nigeria.

Related Topics:DubaiPeruzziuber driver
Up Next