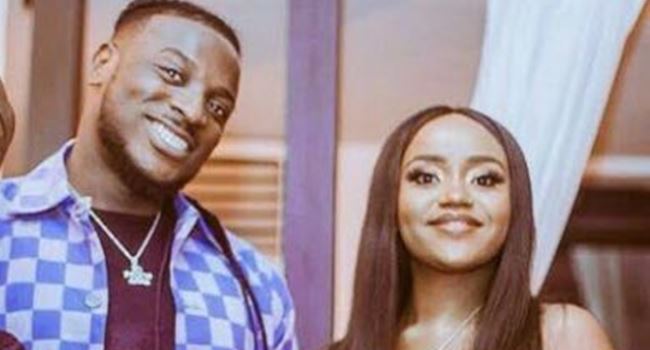 Nigerian recording artiste, Peruzzi has stated that he never slept with Chioma Rowland, the estranged partner and baby mama of singer, Davido.

Peruzzi, real name Tobechukwu Victor Okoh in a recent interview with Chude Jideonwo denied ever having anything to do with the lady.

A couple of months ago, allegations were leveled by self-styled investigative journalist, Kemi Olunloyo, that Peruzzi was s3xually involved with Chioma Rowland.

Peruzzi, among other things, addressed the damaging rumour that circulated the internet which claimed he had an affair with Rowland.

Speaking on the issue, he tagged it crazy and questioned what Davido ever did to have people make up such an allegation.

“Someone said I had s3x with the wife of the man who helped me. Do you know how crazy that is? Even if you hate me, what did Davido do to you? So right now, I am careful of every pin that drops near me.”

He also spoke about how his beloved mother had died from cancer just two days after the release of his hit single, For Your Pocket.

Peruzzi explained that amid mourning his mother, having his team handle the song’s publicity afforded him the time he needed to grieve.

It was around this period, he caught the attention of Davido.

“I had my time, I used to cry when I was taking my bath.

“I used to tell myself till tomorrow morning I am going to cry. Whenever I had the time to take a shower I’ll know that’s my time to cry, and as I’m crying the water is washing everything away.

“Then I’ll come outside again like it was nothing and back to work.

“So it was in between that period, that was when Davido posted my song on his Snapchat.

I didn’t know him before.”