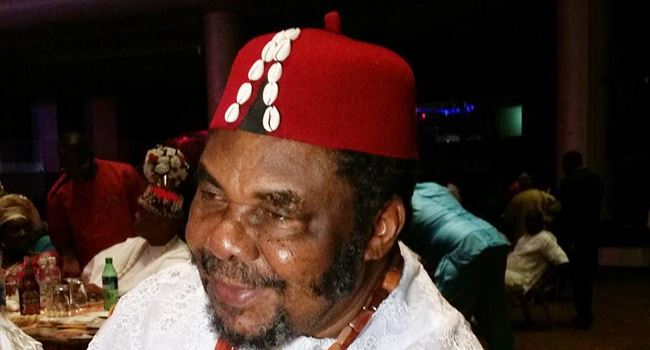 Veteran Nollywood actor, Pete Edochie has alleged that his life is under threat for playing a part in a film titled ‘Fatal Arrogance’ which is about members of the Islamic Movement of Nigeria (IMN) also known as Shiites.

The thespian who made the allegation in a 12-minute long clip, which was posted online on Tuesday noted that he only played an insignificant role in the movie and as such is not entirely aware of what the whole film is about.

According to him, those who hold grievances against the movie which was shot in Enugu state and produced by Anosike Kingsley Orji, have not even gotten a complete idea of what it is about since it has not been released for commercial consumption.

He also noted that if the IMN lodge a complaint with the Inspector General of Police (IGP) and he requests for a copy of the film, they would not be able to do so, since the movie is not yet in circulation.

“I don’t understand what the IMN is driving at. The film we shot is not even out, it has not been edited, the production is not complete.

“If they have complained to the Inspector-General of Police, and the IGP says give me a copy of the film, what are we going to do because the film is not in existence yet, it is not in circulation,” Edochie said.