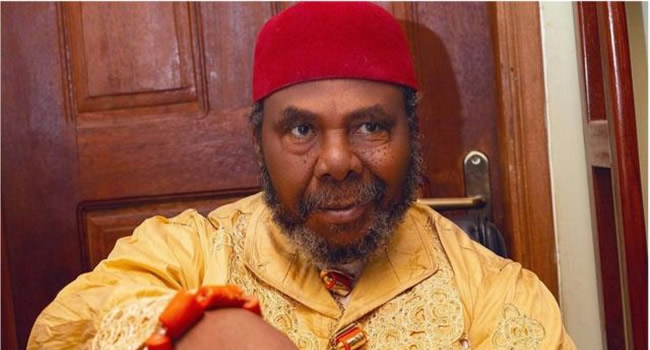 Veteran Nollywood actor, Pete Edochie in an interview with BBC Igbo opined that feminism is the primary cause of domestic violence.

“Feminism isn’t something black people are known for. Once a woman leaves her parents to meet her husband and take his surname, she is to be submissive to him. If she wasn’t married, she can do whatever she wants,” he said.

READ ALSO: Preacher, Laurie Idahosa apologizes for saying Pete Edochie’s Mum was raped for marrying at the age of 15

Pete Edochie revealed in the latter part of the interview that feminism has no place in Nigeria’s culture.

The thespian kicked against the ideology and admonished women to desist from the framework of cultural imperialism.

“To be honest, the understanding of women is low.

I’m not a misogynist but I’ve associated with them a lot, even at work. Feminism has no place in our culture.

We don’t worship women as the whites do,” the Nollywood actor added.

Related Topics:FeminismNollywoodPete Edochie
Up Next