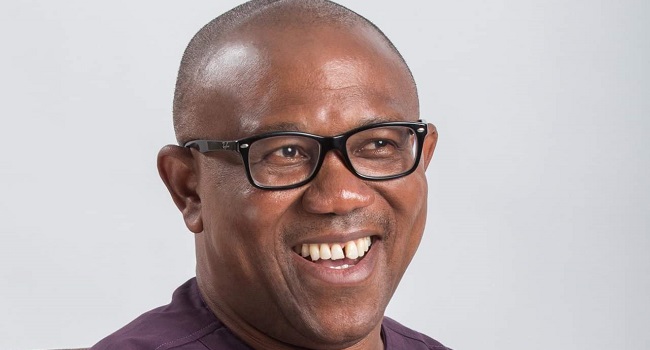 A former Governor of Anambra, Mr Peter Obi, has called on the Federal Government to invest the funds being borrowed into profitable ventures to enhance the nation’s socio-economic development.

Obi made the call on Thursday while speaking with newsmen shortly after his courtesy visit to Oyo State Governor, Mr Seyi Makinde, in Ibadan.

Obi, who is the Pro-Chancellor of Dominican University Ibadan, led top management staff of the institution on the courtesy visit.

He said that debt was not bad when rightly applied and used for investment that would improve the economy.

But borrowing for consumption is bad, he opined.

The former governor said that the economy would have been doing better if funds borrowed had been invested and rightly spent.

Obi, a former Vice Presidential Candidate of the Peoples Democratic Party (PDP) in 2019 elections, urged the government to use the funds wisely.

According to him, what develops a nation are education, health, and things that can pull people out of poverty.

Obi said that more people would be thrown into poverty if the government failed to invest in those things that would improve the economy.

On the newly signed Petroleum Industry Act by President Muhammadu Buhari, he said the law was needed.

“But, the government would have considered the five per cent being demanded by the host communities.

“We must learn to care for those who are generating resources for us, whether it is petroleum, VAT, or other things.

“We should consider supporting communities or areas where we generate the income we are sharing,” he said.

Wike moves to displace FIRS, signs bill on VAT collection, others into law