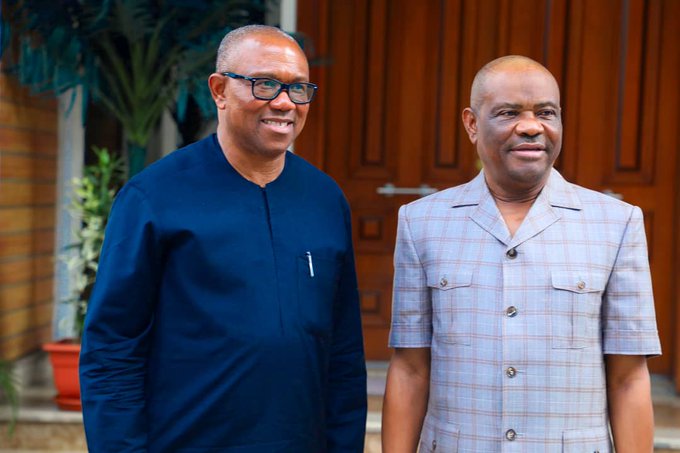 For the third time in three months, the Labour Party presidential candidate, Peter Obi, met with the Rivers State Governor, Nyesom Wike, as part of consultation on his 2023 presidential bid.

Although details of their latest meeting have not been made public, sources told journalists the meeting was a continuation of the previous parley between the two leaders.

The Rivers State governor is at centre of the current impasse in the Peoples Democratic Party (PDP).

Wike and his loyalists in PDP are unrelenting in their push for the resignation of the party’s National Chairman, Iyorchia Ayu, over his role in the crisis rocking the party since the conclusion of its presidential primary on May 28.

He confirmed the Friday’s meeting held at the Government House, Port Harcourt, on his Twitter handle.

Wike also shared photos of the meeting on the microblogging platform.

He wrote: “It was nice hosting my brother @PeterObi once again.”

Related Topics:#featuredPDPPeter Obi
Up Next