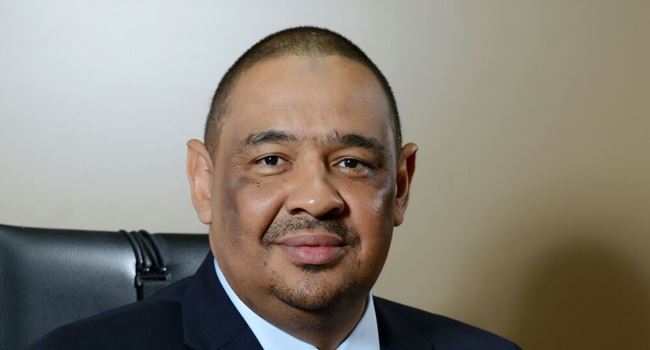 The Managing Director of the First City Monument Bank (FCMB), Adam Nuru has been accused of adultery, in a raging scandal alleging that he had an illicit office affair with another member of staff of the bank who was married at the time.

A petition detailing the alleged affair claims Nuru, and the former staff of the bank, Moyo Thomas, led to him fathering the two children she had with her now ex-husband, Tunde Thomas.

The petition sent to the FCMB and the Central Bank of Nigeria (CBN), came to bear after Tunde allegedly slumped and died of a ‘heart attack’ on December 16, with his family and friends attributing his death to depression and heart break he supposedly suffered after Moyo told him that the two children they had together actually belonged to Nuru, her former boss.

The petition also published on change.com is therefore calling for the sack of Nuru from the bank and has gathered more than 1000 signatures as at Saturday, January 2.

According to a story shared by the late Tunde’s family, Moyo had traveled with the two children to the United States some months ago, from where she called Tunde and confessed that she had been having an extra-marital affair with her former boss, Nuru, while still married to Tunde, and that the two children they had together were fathered by the MD.

It was learnt that Tunde became depressed over the discovery that the children he had all along believed were his, belonged to another man, a situation that made him develop a stroke before he slumped and died a few days to his engagement ceremony to another woman.

When the news broke and became a major talking point in early December, a group, #JusticeforTundeThomas, sprang up and spearheaded the campaign to have Nuru sacked by the CBN.

The group which sought signatures from Nigerians to back its position, also gave the FCMB two weeks to sack Nuru on ethical grounds for being involved in marriage and paternity scandals.

In the petition also sent to the CBN by the #JusticeforTundeThomas group led by an Akure, Ondo State-based human rights lawyer, Bolanle Cole, the group called out Nuru and lampooned the FCMB for allowing the ‘unprofessional romance’ to happen in the first place.

Cole gave the bank two weeks from December 30 to sack Nuru or witness a campaign to have customers boycott the financial institution.

Part of the petition read:

“We use this medium to call on FCMB to separate and detach its brand from this evil man, Adam Nuru, immediately.

“If this notice is ignored and Adam Nuru is at his desk in another two weeks from 30th December, 2020, we will be left with no option than to vehemently call the attention of the public to the abysmal lack of ethics in the organization and to advise the members of the public to withdraw their funds and banking business from FCMB.

“This is a case of gross misconduct based on ethical grounds and an unjustifiable economic oppression by the elites (Adam Nuru) against the less privileged in the society.

“The MD has been doing everything possible to sweep this case under the carpet. We implore the Central Bank of Nigeria as the apex regulator and the board of FCMB to investigate this for the integrity of the bank and Nigerian banking industry.

“This is a case too many; while I agree that this is not the full story, the barest minimum will be an investigation to this unethical conduct by the current MD of FCMB Bank Adam Nuru.”

In the light of the allegations and the attendant publicity it was gathering, the FCMB issued a statement on January 1, 2021, saying it was reviewing the “allegations of unethical conduct against the MD.”

In the statement released by FCMB Group Head, Corporate Affairs, Diran Olojo, on Friday, the bank said it was aware of the allegations making the rounds against its MD and was looking into it to ascertain its veracity or otherwise, before taking any further action.

Olojo said the bank’s Board of Directors had already commenced a review into the matter, adding that its findings would be disclosed in due course.

The statement signed by Olojo said:

“While this is a personal matter, the tragedy of the death of Mr Tunde Thomas and the allegations of unethical conduct require the bank’s board to conduct a review of what transpired, any violations of our code of ethics and the adequacy of these code of conduct ethics. This will be done immediately.

“We enjoin all our stakeholders to bear with us as we conduct this review and to please respect the various families involved.

“Our Board of Directors are reviewing all aspects of this report and once they are done with their review, we will revert to you”, the bank stated.